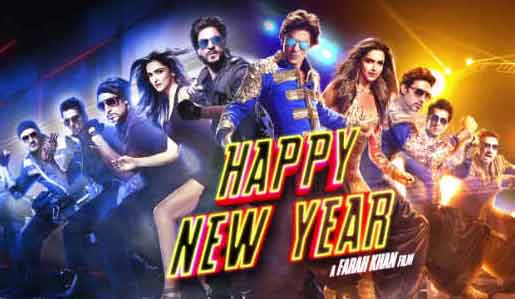 Farah Khan and her "Happy New Year" team have wrapped up the shooting of the film before setting out for their SLAM! THE TOUR, slated to be held in the US later this month.

"N finally it's a picture WRAP!!! Lov my boys!! @iamsrk @juniorbachchan @bomanirani @SonuSood @TheVivaanShah #HNY," Farah had tweeted Wednesday, along with a photograph of the five actors.

The film's actress Deepika Padukone is missing from the photograph, and so is actor Jackie Shroff, who essays the villain.

"Happy New Year" is going to be the big Diwali release in tinsel town this year, and hopes are high from the movie given its buzz. The film's team will begin its US tour in Houston Sep 19, and they will also perform in London at SLAM+ THE TOUR Oct 5.

For now, the choreographer-filmmaker is glad the song "Manwaa lage", is getting "an overwhelming response".