View Profile
Sayali Bhagat, the diva termed to be Miss-India World in 2004, is one such actress who has direct competition with 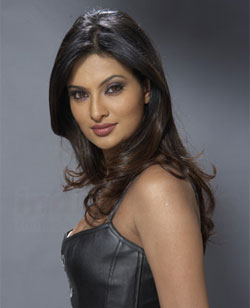 Featured Video
the likes of Mallika Sherawat, Tanushree Dutta and few Bolly-babes when it comes to performing bold in front of the camera.

The glam-girl followed the ritual of getting into Bollywood after been crowned as Femina Miss India and proved in her debut film The Train, itself, that she is ready to expose to the length the Indian Censor Board permits her to do. And who would have been a better co-star than our kissing king Emraan Hashmi to accompany her in performing some real smoochy and juicy scenes in the film. Sayali isn’t just seductive in her on-screen appearance but also bold enough to talk her heart out. “Emraan is a gem of a person. It was really a great opportunity to have him as an onscreen husband and to kiss him,” says Sayali Bhagat.

The model-turned-actress seems to have a great fascination for cricketers. Where Sayali proposed to Rahul Dravid on television, few days later, she repeated the same stuff with Irfan Pathan.

At the moment the young girl is waiting for her south flick Blade Balaji to get released. As far as Bollywood is concerned her fans would have to wait for some more time to see more of this sensuous actress.