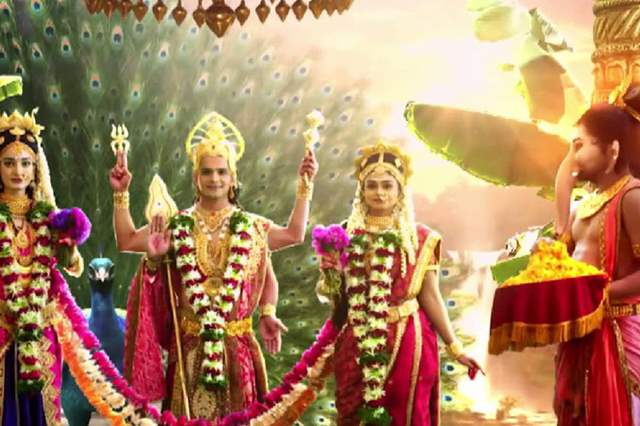 In spite of being a mythological show, it is no secret anymore that Sony TV's Vighnaharta Ganesha is actually one of the most technologically advanced shows on the small screen. Majority portions of the scenes and tracks are shot with green screen and just like any huge scale fantasy show, other layers get edits before the final telecast. The show currently witnesses Ganesh and Kartikey taking various avatars to fight demons in order to save Devsena and soon, the wedding of Kartikey and Devsena will be shown.

In fact, the climax fighting sequence between Mata Chandi and Ganesh with Gajasur Dwitiya took over a month to edit. The sequence was huge and needed the inclusion of many fighting equipment. The editor had to make sure that his editing the viewers the look and feel of an extravagant cinematic view of the sequence and making it look realistic.

A month of editing and other work was needed to have the final cut and it indeed is gigantic and royal to say the least. Actor Akanksha Puri, who plays Parvati in the show said in an interview with Bombay Times, “This sequence of Gajasur Dwitya was one of most important sequence to be telecast post lockdown and it took almost one month for the editors to complete it. I would really like to thank the entire editing team who gives their 200 percent for the show and gives a beautiful final output to the viewers.”