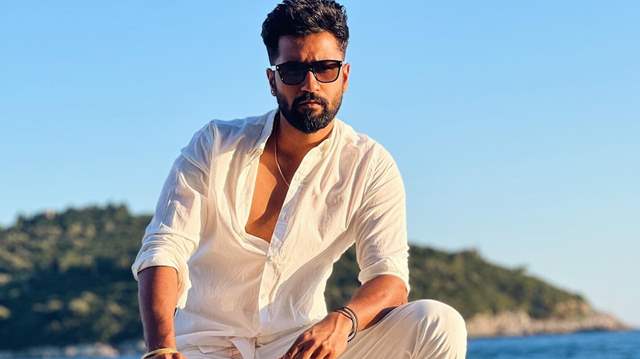 Vicky Kaushal took to his social media handle and announced his collaboration with the men's grooming brand which was a part of his and Katrina's social media banter a few days ago.

Recently, a fun social media banter between Vicky Kaushal and Katrina Kaif generated waves. Taking to her Instagram handle, Katrina shared a picture of Hrithik Roshan in his rugged look with a groomed beard.

Lauding her Bang Bang co-star’s bearded look, she wrote, “Loving this Beardo vibe,” along with tagging Hrithik and Vicky. Although it was a promotion for a men's grooming brand that Hrithik was endorsing, it undoubtedly prompted a pleasant conversation between Katrina and Vicky, who reshared it and added, "We need to talk" to the particular company.

And, now looks lik the particular brand, Beardo has listened to Katrina and made Vicky Kaushal the ambassador for their brand.

A few minutes ago, Vicky Kaushal took to his Instagram handle and announced about his collaboration with the brand. he sahred a video with montage of pictures wherein he slowly reveals his face which is bowed down while he has donned a hat. It is a monochromatic video and Vicky Kaushal appears all dappper and sharp with his groomed beard.

For the unversed, Vicky Kaushal and Katrina Kaif took their fans aback when thy tied the knot on 9th March, 2022. The couple took the plunge in an intimate ceremony with close friends and family members in attendance.

Meanwhile Vicky Kaushal has a bunch of exciting projects in his kitty. He is currently preparing for Meghna Gulzar's Sam Bahadur. It is a biopic encircling the life of field marshal Manekshaw. The film also stars Fatima Sana Shaikh and Sanya Malhotra in pivotal roles.

+ 8
2 months ago how convenient. but isnt he clean shaven rn ? lol