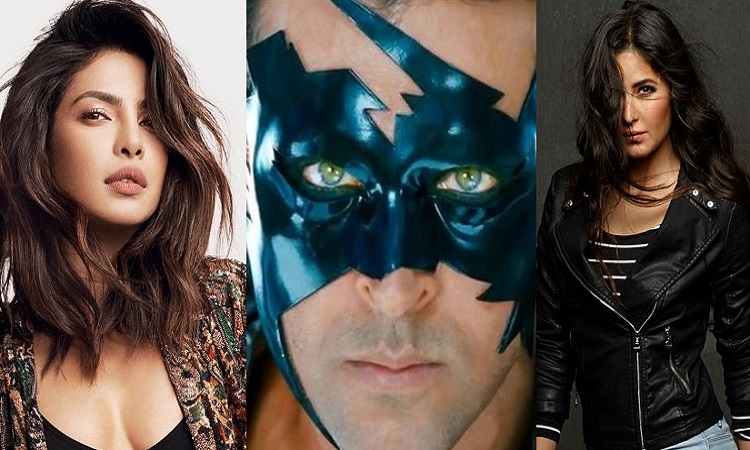 Earlier this year, Rakesh Roshan announced the fourth instalment in the Krissh franchise, titled Krissh 4. He broke this news on Twitter and tweeted:

If the recent reports are to go by then Mr Roshan is considering Priyanka Chopra or Katrina Kaif for the female lead. A source revealed to Deccan Chronicle, "Priyanka's character is already there in the film. It has to be developed further. Alternatively, if there is another heroine, the script has to be modified. What will be interesting to see is if he manages to incorporate more than one girl giving equal space to both. Kangana Ranaut was the other girl in Krrish 3 and that made the film a two heroine film even though Kangana had more of a negative role".

Both Priyanka and Katrina have worked with Hrithik Roshan in the past in films like Krissh, Krissh 3 and Zindagi Na Milegi Dobara, Bang Bang respectively.

However, in a past interview with DNA, Katrina had revealed, "No, I have not been approached for Krrish 4. Neither have I had any discussions on that. But yes, I know a few people who are planning and developing some comics like that into films. But yes, Krrish is again an excellent franchise where they also had a superheroine with Kangana's character and I think they should definitely have the superheroine bit in it".

Only time will tell who Rakesh Roshan will finalise as the female lead. Meanwhile, tell us who according to you will be the best choice opposite Hrithik Roshan, Priyanka Chopra or Katrina Kaif? Tell us in the comment section below!

+ 5
2 years ago Its aways been PC so i sure hope they keep it PC. unless they do PC and Hrithik's SON (as Hrithik ) and his gf as KAT like they did from KMG to Krissh transition