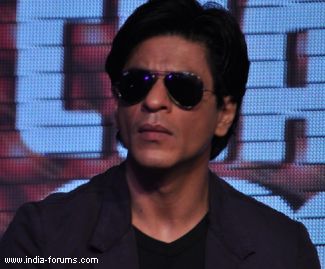 Jammu and Kashmir Chief Minister Omar Abdullah Friday wondered what was the "big deal" about the detention of Bollywood star Shah Rukh Khan as it "happens all the time".

"Honestly what's the big deal?? This airport detention thing happens all the time & to all sorts of people. Get over it," Abdullah tweeted.

Shah Rukh Khan, who has millions of fans in India and around the world, was detained at New York's White Plains airport for two hours Thursday as he arrived to visit Yale University, where he was honoured as a Chubb Fellow.

Shah Rukh, detained by the immigration authorities, was allowed to go only after his hosts intervened and took up the issue with the Department of Homeland Security in Washington, according to sources.

India took up the matter with the US authorities and made it clear to Washington that "a policy of detention and apology" cannot continue.

Deepika Says 'Maal' Was Code For Cigrarettes; Denies ...
4 hours ago

Shefali Shah on 'Delhi Crime' being nominated at Emmy Awards ...
7 hours ago