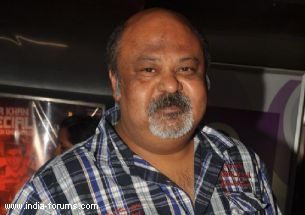 Well-known actor-writer Saurabh Shukla, who played a judge in the light-hearted legal drama "JOLLY L.L.B.", says the National Award for his role in the film came as a surprise to him.

The 61st National Film Awards were announced here Wednesday and the actor has been named the best supporting actor for his role in "JOLLY L.L.B.", which has also been adjudged the best Hindi movie.

"It came as a surprise to me ... I was not expecting this. This award has made my day," Saurabh told IANS.

"National Award is a prestigious award ... it encourages you and keeps you going. I have no words to explain my feelings," he said.

"I am not just happy for myself, but also for the film as it has got the best Hindi film award," said Saurabh.