The most precious day of the week for which the whole television industry eagerly waits is finally here! After all, Wednesday is the judgment day for television and daily soaps. Keeping in mind today's evaluation, seems like there is some good news instore for the lovers and makers of Star Plus' Iss Pyaar Ko Kya Naam Doon?

As we all know, Colors' Balika Vadhu has created history by garnering the highest TRP since its start and has been giving an unbeatable competition to its counterparts. The show became the leader in the 8 PM slot and continues to be at number one till date.

But the latest ratings have something else to offer. Star Plus' Iss Pyaar Ko Kya Naam Doon? produced by Four Lions Films and Pangalosean Entertainment has surpassed the ratings of Balika Vadhu this week making it to the top successfully.

A source says, "This week Balika Vadhu is at 3.2 ratings and beating the show is Iss Pyaar Ko with 3.4. Also the show is presently at number two on Star Plus with 5 TRPs where Saath Nibhana Saathiya is at #1."

We contacted Producer Rajesh Chaddha and he conveyed, "It is certainly a big achievement to be the slot leaders and move ahead of the cult show, Balika Vadhu. The next aim for our team is to be the #1 show which I promise we will be very soon."

Its time to blow some whistles and horns as its celebration time for the creators and the spectators...

+ 4
8 years ago Iss Pyaar Ko Kya Naam Doon ROCKS! it has an amazing lead cast as well as the other rocking people.
The story line is very different the raba ve level is amazing 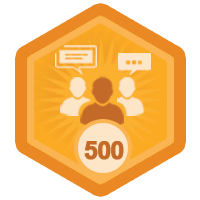 + 9
9 years ago I love IPKKND, but even I won't compare it to Balika Vadhu. Balika Vadhu is an amazing show with a great cast, and they focus on a social problem, still present in India. However IPKKND is a love story between two individuals, portrayed by Sanaya and Barun, who depict amazing chemistry on-screen.
While I am happy about the success of the show, I still think Balika Vadhu deserves the top position in the ratings :)

9 years ago may be ipkknd is a good show. i don't watch it. but it is useless to compare it with balika vadhu. balika vadhu has always been a lead show since it's start because of it's excellent cast & crew, awesome set, makeup, dresses, songs, acting, presentation, creativity. the central character of anandi is very good and marvellously portrayed by avika & pratyusha.
Besides balika vadhu is a show which is based on a social issue & it portrays the social situation in a very realistic and practical way.
IPKKND is a different type of a show & may be it ia good. but there is no point compairing the two. Balika Vadhu has always been popular & still now a very much popular & high rated show particularly after the unfolding of anandi-jagya-gauri triangular relation. now shravan has also entered.
Best Of Luck for both the shows but BV will always be my preference.

chupBILKULchup 9 years ago IPKKNDrocks...plz continue to be in top 5 arshi rocks...

I WATCH ONLINE...THOSE VIEWERS NEED TO BE COUNTED SOMEHOW AS WELL!!!!!

9 years ago There is no comparison between both the shows.
Balika Badhu is a great show offering to show us the various colours of life, the predicament of women in society & educating us as well as entertaining us.

Iss Pyaar ko kya Naam doon? is just another love story. It is sweet though.

My opinion.
I don't hate anyone or anything ok.

9 years ago Love Arnav and Khushi...the pair rocks in their chemistry...

+ 9
9 years ago Congrats to everyone connected to IPKKND...

9 years ago All the credit goes to the lead actors of the show. ArShi (Barun, Sanaya) & the two sisters are doing fantabulous job.
Congratulations to IPKND team and keep up the good work.