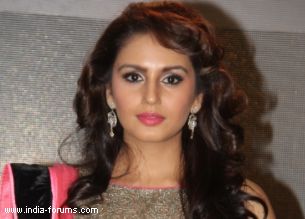 Actress Huma Qureshi says "Dedh Ishqiya" is different from the original "Ishqiya" and is confident that the viewers will enjoy the comedy-thriller.

"This film has nothing to do with 'Ishqiya', it's altogether a different story. My character is very interesting. 'Ishqiya' was intense, 'Dedh Ishqiya' is fun and I am sure everyone will enjoy it," said Huma.

The actress, who is sharing screen space with renowned actors like Naseer and Madhuri so early in her career, considers herself lucky.

"I am very fortunate to work with such good actors. I think I have worked with some of the best actors of our time," said the actress who teamed up with Manoj Bajpai in "Gangs Of Wasseypur".

Chaubey had presented Vidya Balan in a very bold avatar in "Ishqiya". In the black comedy, Vidya played clever and sensuous Krishna, who uses two petty criminals Iftikhar (Naseer) and Babban (Arshad) to take revenge on her husband.

When asked why he didn't cast her in the sequel, the director said: "We couldn't take her character ahead as we had nothing to offer. So, we thought we could take ahead the story of two men and how they fall in love with someone else."