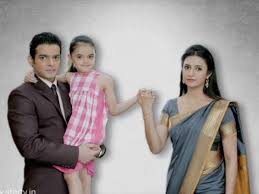 After all the tensions, it's time for some fun and celebrations in Balaji Telefilms' popular show Ye Hai Mohabbatein on Star Plus.

As per the ongoing track in the show, Ishita is successful in collecting  the sample of Raman's hair to get the DNA test done. On the other hand Raman's friend Mihir (Raj Singh Arora) and Ishita's cousin Mihika (Mihika Verma) are planning to unite Raman and Ishita through a carom match. Well, there is some good news for the viewers as they will witness that the Ashok's plan has been exposed and Raman gets to know that Ruhi being his legitimate child.

Our source says, "In the upcoming tracks of the show, Raman (Karan Patel) will get to know about Ruhi (Ruhanika Dhawan) is his legitimate daughter. After that, Raman goes to Shagun's (Anita Hassanandani) house with the DNA report and warns Ashok to stop playing such dirty games against them."

Talking about the wedding anniversary sequence our source says, "The next day, the Iyers will be seen celebrating their wedding anniversary and everybody joins the couple in their celebrations. Just then, Ishita (Divyanka Tripathy) starts coughing but because of the unavailability of water, Raman gives her a bottle of soft drink unaware of the fact that it was mixed with Rum. Ishita drinks that."

When contacted Divyanka, she said, "I can't reveal anything about it. I would be acting drunk for the first time and I have never had any such drinks in my life. This definitely would be a challenge for me. I am yet to shoot for the sequence and I am excitedly looking forward to it."

It would be quite interesting and fun for the viewers to watch as what will happen to Ishita after she will get drunk.

shanak.hot 6 years ago Karan and Divyanka were superb in todays episode. Karan just stole the show, he did such an awesome job, and standing up for his wife was the best thing. Love YHM

eternalasha 6 years ago Phenomenal acting by Karan Patel and Divyanka Tripathy; flawless script an dialogues - it was an episode well worth watching over and over. For all the Ekta bashers - time to eat some humble pie
Karan Patel completely stole the show in this Epi hope he gets due recognition in awards

Meenakshi_ 6 years ago superb!!! waiting for this episode to telecast.karan patel and divyanka tripathy are fab in YHM

simp 6 years ago Loving YHM ! Both Karan Patel and Divyanka Tripathi are superb And Ruhanika is too cute...All the actors are doing awesome job!