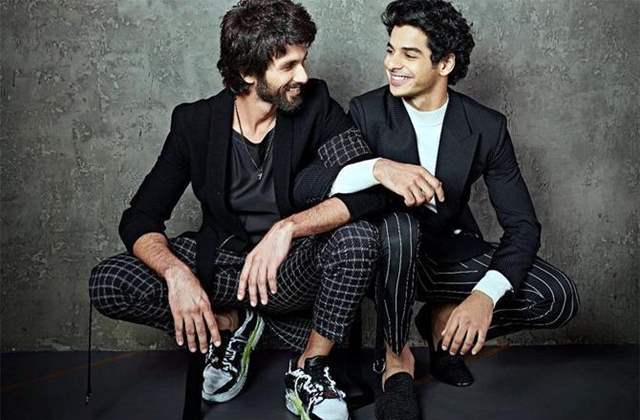 Shahid Kapoor and Ishaan Khatter have been quite the brother duo and they have always celebrated each other's success. And recently, Ishaan got talking about being called Shahid's brother, or if it irks him, among other things. To this, the actor had some kind and thoughtful words to say and said that it does not irk him to be recognized as his brother.

Ishaan while talking about the same, among other things, said, ''I just want to say that yes, I did say I don’t feel irked being recognized as that, but a lot of times, your words are sort of misinterpreted. I am trying to say it as nicely as I can, they are not always represented the way you said something. Your sentences can be misconstrued…Anyway, for me, personally, I am very proud of the fact that I am his brother.''

Further, he went on to add, ''I don’t intend to ride on his fame or anything of the sort. If somebody recognises me as his brother, I don’t have an ego about it. That’s not something that would ever bother me. But I am very aware of the fact that I started getting recognized as his brother when I was 15. Before that, not many people knew too much about me. I started being seen in one-two places with him, then how the media is — there was curiosity about a boy who’s coming into a certain age.''

The actor made his debut with Majid Majidi’s Beyond The Clouds (2017), however, the actor was also a part of Shahid's film Vaah! Life Ho Toh Aisi (2005) and has worked with him on sets in Udta Punjab (2016). He further added how nothing will take his talent away, especially since he has just started and is also recognised for his work now. He added how Shahid started off 14 years earlier and he has made a place and mark for himself and that he will always be his cheerlead, and everything family. He says, "For me, I don’t see any reason to try and create a separate sort of identity for myself. That will happen on its own.''