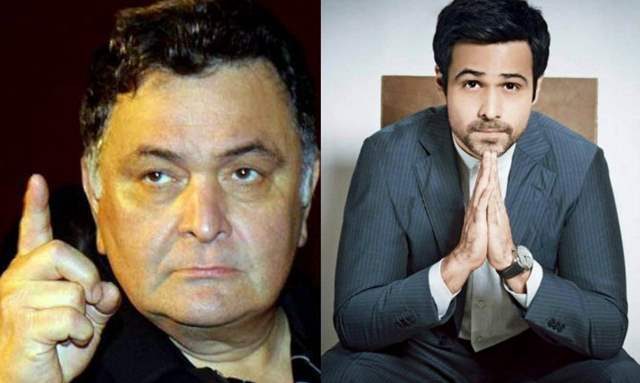 After battling against Cancer last year, Rishi Kapoor is now fit and back to the movies. He will soon be seen in Jeethu Joseph's The Body with Emraan Hashmi and Sobhita Dhulipala. The trailer of the thriller murder mystery will keep you on the edge of your seat, and fans are already excited about the film’s release.

The Body will see Rishi Kapoor and Emraan Hashmi collaborate for the first time on screen. While the star cast is on a promotional spree, Emraan talked about his co-star and his rapport with the veteran star.

Also Read - Rishi Kapoor: ‘I was Not a Saleable Star’ on Losing Drishyam to Ajay Devgn

In an interview with Mid Day, Emraan revealed if the veteran actor is angry on sets as well, as he seems to be on social media. “Far from it. I had the same perception based on his Twitter, but he is a sweetheart.”

Besides, the Jannat star also spoke about Rishi Kapoor’s battle against cancer. “I was in touch with Rishiji during his treatment. So, I knew it would take some time. I have had a similar tragedy in my family, although the cancer was different. I knew it was treatable, more so because Rishiji was strong. The makers patiently waited for him. It wasn’t like anyone was thinking about the delay. Money was riding on the project, but everyone was forthcoming,” Emraan told the daily.

Talking of The Body, the film also stars Sobhita Dhulipala and Rukhsar Rehman in pivotal roles and is slated to hit the screens on 13 December 2019.