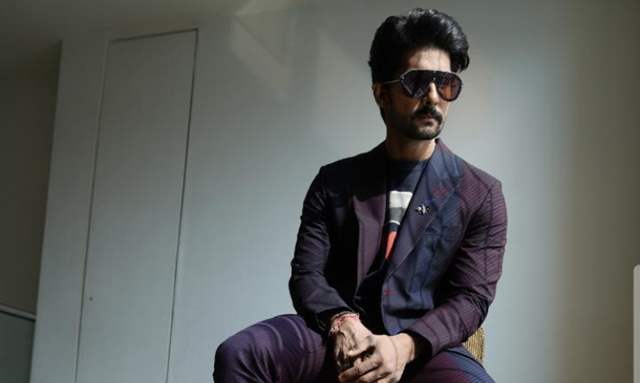 One of the most handsome and versatile actors Ravi Dubey has impressed critics and viewers with his acting skills and chiselled looks every time. Recently, the actor was spotted sporting a moustache! The talented performer was on his way to Jaipur when he made a brief appearance at the airport giving rise to many speculations due to his new look.

The Jamai Raja star recently flew to Jaipur for his upcoming project and his latest photo is making his fans go gaga over his new look. The actor was seen posing in a dapper suit flaunting his new moustache look which left his fans wondering what is next on his plate? Ravi has always delighted entertainment lovers with top-notch performances with his choice of projects and the excitement quotient has raised to another level with a glimpse of his new look. Is he going to play a cop in his next? Or will he be playing a business tycoon with high flying ambitions? Or is it the role of an undercover detective? The speculations are endless!

As per sources, Ravi is currently shooting in Jaipur and has a schedule of 45 days. With such an intense and charismatic look, it will be interesting to watch out what Ravi has in store for all of us!