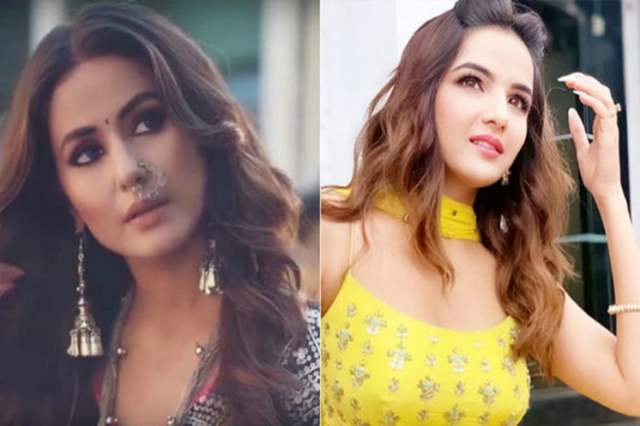 Fans of Kasautii Zindagii Kay 2 have been anxious without the swag of Komolika in the show for a little while now. After Hina Khan got too busy with her Bollywood projects, the show had a little less drama which made all the viewers question,"When is Hina Khan gonna come back?"

While they were wondering that, the news came in that it will not be Hina who will return to the show as Komolika anymore. The rumor mills were abuzz that Jasmin Bhasin is all set to step into Hina's shoes and bring back the swag on KZK 2. The reports said that Ekta Kapoor had many actresses in mind for Komolika's character but she chose Jasmin.

But when an entertainment portal got in touch with Jasmin, she cleared the air and said,"I seriously don't known from where this news is being surfaced. I haven't even got a call from Balaji for this. I am shooting for a catalogue in humidity of Rajasthan and exhausted. I don't even have any clue that such news is being made. I also came to know after receiving calls".

That clears the confusion!!

Jasmin, who was last seen in Dil Toh Happy Hai Ji, quit the show mid season as she didn't want to play the role of a mother so soon in her career. As for our real Komolika, she is busy with her Bollywood and International projects. Now only time will tell if we will get to see a Komolika in the show or not and if we do, then who is it.

jhalak7 10 months ago Jasmin doesn't have the personality to act as Komo. She is very pretty but very childish.She doesn't look like a clever villain like Komo. Who is making this stupid story?