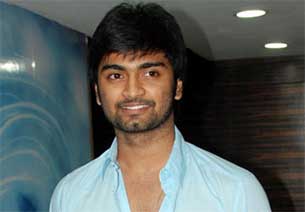 "It's a racy action film made from the perspective of our culture. The stunts in the film are akin to Hollywood standards, but it is also packed with Indian emotions. It has the spirit of a 'Fast and Furious', but has been made in our style," Yuvaraj told IANS.

"The film is a love story at heart set against the backdrop of bike racing. The story will gives us a peek into the daily lives of bikers. I wanted to make an out-and-out action film, but when I decided to feature bikes in the story, it automatically became the differentiating factor," he added.

Yuvaraj says the story is inspired by real incidents.

"The story emphasizes the love between man and machine. In Pondicherry, local bikers lock horns with foreign bikers in open races. My story is inspired by one of those incidents. I have tried to give the story an international appeal," he said.

He says the bike stunts, which will be the biggest highlight of the film, were also challenging to pull off.

"The bike stunts were not easy to execute. To ensure all stunts looked realistic, we brought in stunt artists from Italy and shot with them. We could've easily done these stunts using CGI (computer generated imagery), but my producers were hell bent on keeping everything as real as possible," he said.

"To shoot the bike sequences was also a challenge. We used multiple cameras, including helicam and body cameras to shoot some important chase sequences," said Yuvaraj.

Atharva Murali plays the lead in the film. He underwent a crash course in bike racing in Italy to fit the bill.

"Since we wanted the stunts to be realistic, we decided to train our actors in bike racing. Atharva underwent an 18-day crash course in bike racing in Italy. He would spend five hours every day training with foreign stunt bikers," said Yuvaraj.

"Atharva worked extremely hard for his role. We could've used a duplicate to shoot his scenes, but it would look very obvious. Moreover, he was more interested in doing all stunts on his own," he added.

The film, which is produced by AGS Entertainment, is gearing up for release soon.

Two weeks after delivering baby boy, Kareena Kapoor Khan gets back to ...

Avneet Kaur looks that prove her style statement and versatility