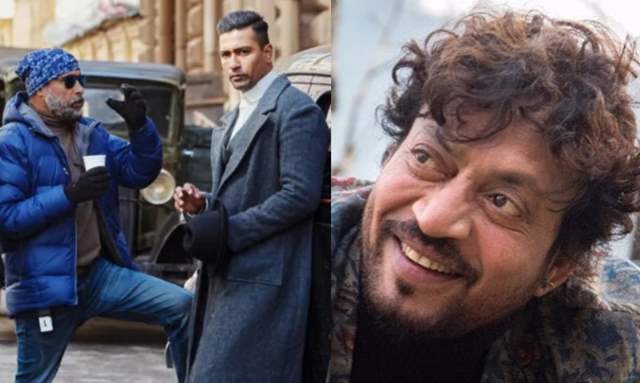 Actor Irrfan Khan left for heavenly abode on April 29, Wednesday after battling with the neuroendocrine tumour for two long years. The world is still mourning his loss and his fans, friends and family are trying to cope up with his unfortunate demise.

In a recent interview, Shoojit Sircar remembers his dear friend Irrfan and reveals that Irrfan was the first choice for his film Sardar Udham Singh. The filmmaker even waited for a month for Irrfan, however, later when the actor was diagnosed with a neuroendocrine tumour in 2018, Vicky Kaushal bagged the film.

Shoojit Sircar says that Sardar Udham Singh is a tribute to his late friend Irrfan. Speaking to Mid-Day, Shoojit said, "I think about Irrfan every day. His image floats in front of my eyes. We had grown close in the past two years when he underwent treatment."

"During his last 10 days, I was following up with Sutapa (Irrfan's wife) and Babil (son). Babil broke the news to me that morning. I still feel Irrfan is with me, talking to me. I can never get over his loss," Shoojit said.

Meanwhile, Shoojit is currently working on the editing of ‘Sardar Udham Singh’. Speaking to Mumbai Mirror he had stated, “Only the editor and his assistant will be allowed inside the editing room, working while strictly adhering to social distancing protocols, and they will strike off work before the daily 7 pm curfew.”

Saying Goodbye To 'Keeping Up With the Kardarshians' - ...
4 hours ago

Here Are The Indian Shows That Made it To International Emmy ...
5 hours ago

Abhishek Bachchan Conducted an Ask Me Anything Session; ...
5 hours ago

'Ishq Mein Marjawan 2' Actor Muohit Joshi To Debut as a ...
6 hours ago

Fukrey 3 Team Kick-starts their Work ahead of Shooting; ...
6 hours ago

Alaya F on working during lockdown: Everything now takes 5 ...
8 hours ago