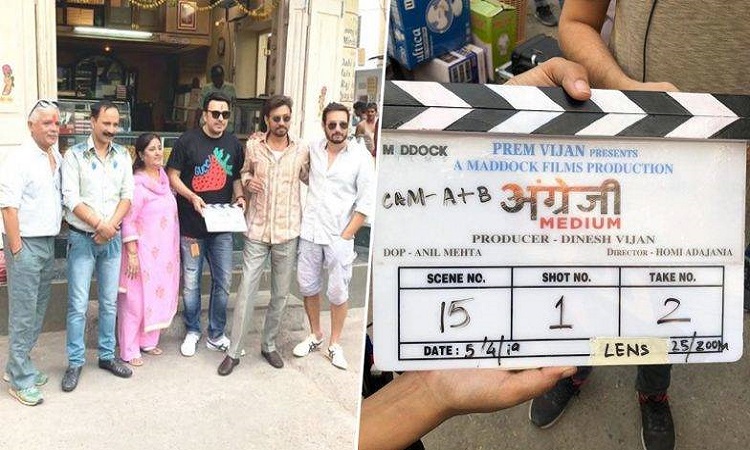 Actor Irrfan Khan, who had taken a break after his neuroendocrine tumour diagnosis last year, is back on sets. He started shooting for "Angrezi Medium" on Friday here.

The buzz about Irrfan shooting for the film, which is a sequel to his 2017 movie "Hindi Medium", had started earlier this week when he was spotted at the Mumbai airport.

In March 2018, Irrfan had announced his diagnosis and said that he was going abroad for treatment. He returned to India in February this year.

"Hindi Medium", one of the top grossers of 2017, revolved around a well-off Chandni Chowk couple in Delhi (played by Irrfan and actress Saba Qamar) who aspired to break into the elite society and give their daughter the best education possible.