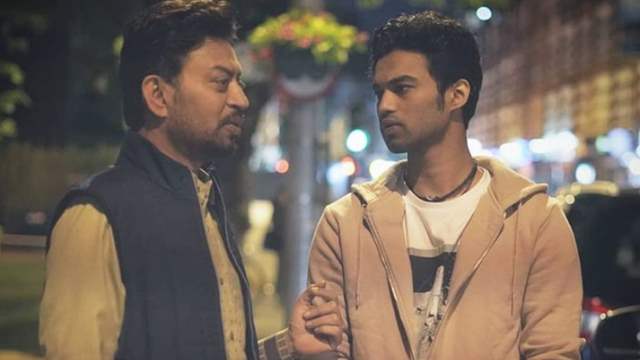 Irrfan Khan breathed his last on April 29, 2020 after battling with neuroendocrine tumour for two long years. His unfortunate demise is a big loss to the cinema industry and all his loved ones.

While Irrfan’s magic on screen is irreplaceable, fans hope to see a glimpse of the spectacular actor in his son, Babil Khan.

Babil is currently in New York studying films and is expected to join the acting business soon. He recently answered a question about his movie debut on social media.

On Monday, Babil shared a picture of the cover of the book Actors On Acting, signed by his late father Irrfan Khan. He put out this precious book for lending as he wrote, "Up for lending (sic)."

As soon as Babil posted the image, several questions poured in his comments section. While some inquired about the book, few asked him about his movie debut. 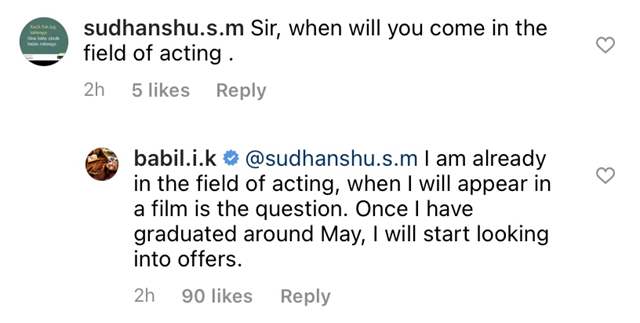 Answering some other questions about the book, Babil replied, "The book is called Actor on Acting, edited by Toby Cole and Helen Krich Chinoy (sic)."

When he was asked if it was Irrfan's handwriting, he wrote, "Yes he wrote this when he bought this book for the preparation of The Namesake."

Recently, on Irrfan Khan’s birth anniversary, Babil had penned a heartfelt note and shared how the actor never believed in celebrating birthdays but this time, he could not forget his birthday even if he tried.