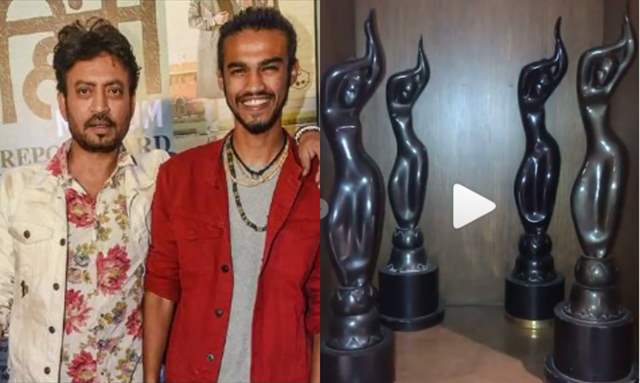 The impact of Irrfan Khan’s demise wasn’t just limited to his family or friends. The news of his death, shocked the entire nation and left his fans deeply shaken. While his family and fans cope with the loss of legendary actor, his son Babil has kept the actor alive with his social media posts and in a recent post, her shared a glimpse of Irrfan’s award shelf.

Taking to his Instagram handle, and shared a boomerang video of Irrfan's many Filmfare trophies and shared that he aspires to win awards of his own like his celebrated father.

2 months ago Irrfan Khan is still one of my fav actors, such a humble personality, hardworking and full of talent. Miss him.