Mumbai, June 12 (IANS) Irrfan Khan is a self-confessed Mira Nair fan. But he has said no to the director's next film with Konkona Sen Sharma in the lead.

'I first said yes to her. But then when I read the script I begged off. This was a series of short films for Cannes. I didn't want to go in that space of marital discords. I've had more than my share of these tales of the marital journey. I opted out,' Irrfan told IANS.

Mira refused to let Irrfan go until she found a replacement. 'But I think they got Ranbir (Shorey).'

On the other hand, Irrfan was deeply challenged by Mira's 'Kosher Vegetarian' where he is paired with Natalie Portman. 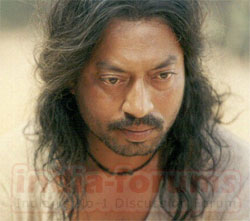 'We shot at one stretch. It's about two strangers meeting in unusual circumstances. Natalie Portman is about to get married. I play this Gujarati diamond merchant whose wife has become a sanyasini.

'His dilemma is that she used to be his wife and now he has to worship her. Given the circumstances, their encounter is quite something. Natalie looks very young. But she has been acting as a child. A truly wonderful actress. I enjoyed working with her.'

So how different was it working with a Caucasian actress for the first time?

'The colour of the skin makes no difference. Whether it was Tabu or Natalie, actors all over the world are linked by a common craving. We're all looking for challenges and glory. Tabu and I didn't interact at all during 'The Namesake'. She was preoccupied and casual. That's her way of working. I feel awful about the way media unnecessarily hyped her Oscar chances for 'The Namesake'.'

Speaking on the experience of shooting 'Kosher Vegetarian', Irrfan says, 'After 'The Namesake' I've become an ardent fan of Mira the moviemaker and the person.

'Some things just happen. Doing 'The Namesake', I never thought it'd turn out this way. The pleasure of watching it is unbelievable. After 'Monsoon Wedding' I was foolish enough to think Mira can't take it any further. In 'The Namesake' she took her art to another level.' 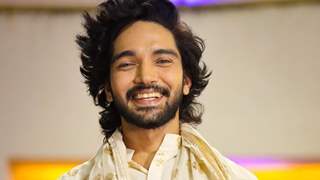