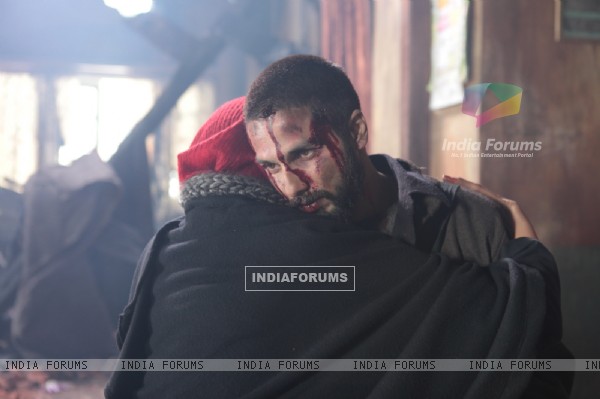 Irrfan is kept out of Haider publicity from the beginning. All the publicity matter that goes out from the producer's office has no mention of Irrfan.

Irrfan Khan, who will be seen in a guest appearance in Haider, has requested Vishal Bharadwaj that his presence, like face and name must not be used in Haider promotion. And Vishal Bhardwaj is perfectly okay with the arrangement.

Therefore, Irrfan will not be seen in any publicity of Haider. The actor's friend says, "It's a policy decision. Irrfan will do guest appearances only on condition that his name and face are not used for any publicity. Vishal Bharadwaj respects Irrfan's sentiments. The actor's name will be kept completely out of the publicity."

Earlier, Irrfan had an unpleasant experience with the makers of the thriller The Xpose. Further his friend adds, "He did a guest appearance in The Xpose. The makers had promised to keep his name and face out of the publicity. Irrfan was shocked to see he was featured prominently in the publicity."

On this Irrfan says, "I have a guest appearance in Haider. I did it because I love Vishal's work. And I wanted to be part of another Shakespearean adaptation by Vishal after Maqbool."