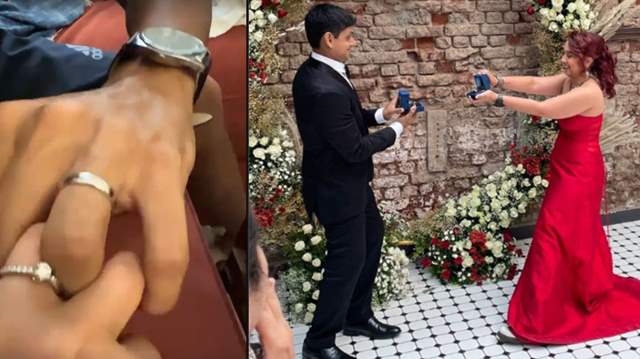 Ira Khan has released additional behind-the-scenes images from her engagement ceremony with fiancé Nupur Shikhare. She also shared an unseen video in which she and Nupur flaunt their engagement rings. Ira is the daughter of actor Aamir Khan and his first wife Reena Dutta.

Ira uploaded a video to her Instagram Stories on Saturday that showed her wearing a white t-shirt and Nupur sporting a blue jacket. “Morning after guys, makeup still not off.”  She then clasped Nupur's hand and said,  “Guys see… yay” s they displayed their diamond rings side by side. The caption of her video read, “My favourite place in the world is next to you.” 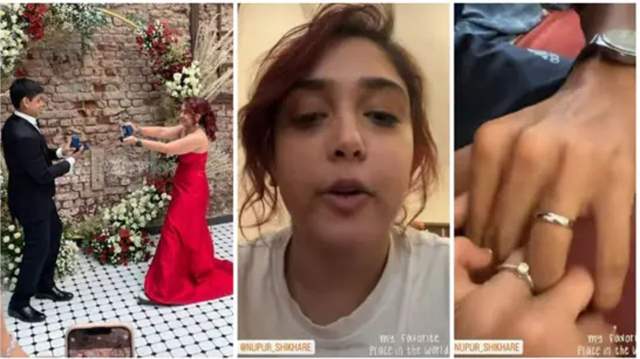 Ira also uploaded photos from the Friday night engagement party. It featured Nupur in a blue suit and Ira in a breathtaking tube red gown standing next to each other holding open ring boxes. A faded brick wall can be seen in the distance, while floral accents contribute to the vintage vibe. More photos of the couple posing at the same location with various friends were taken after this. 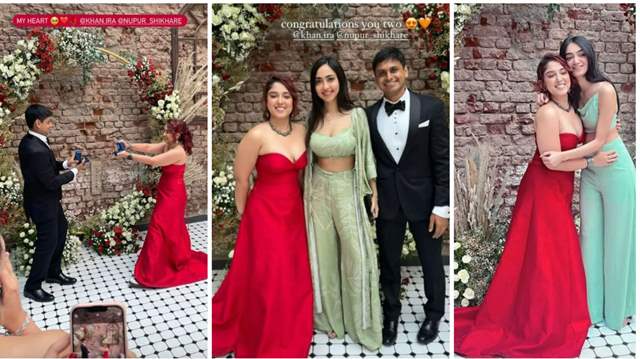 Ira and Nupur have been dating for quite a few years and often expressed their fondness for each other through their social media posts. The couple got engaged on 18th November in Mumabi with their close friends and family members in attendance of the celebration.