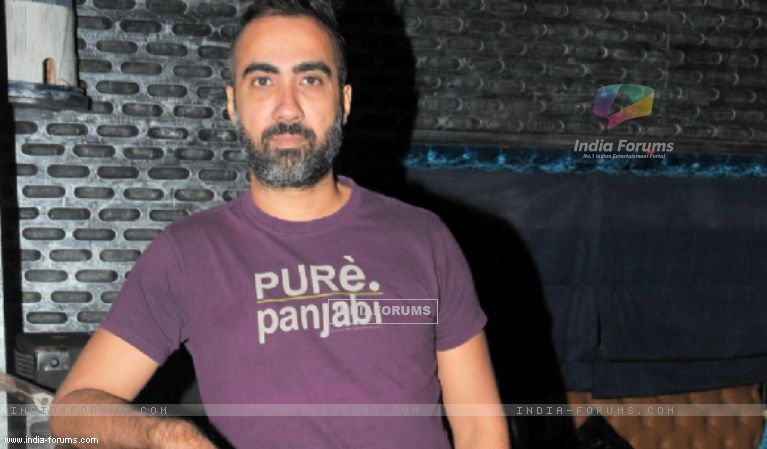 Independent films like "Masaan", "Court", "Chauthi Koot" and "Titli" have of late made India proud at film festivals globally, but actor Ranvir Shorey says Indian cinema still has a long way to go to make its presence felt since atinternational platforms mainstream Bollywood films are still considered a "freak show".

"With the production of such (indie) films, it's a small step to a great journey that lies ahead of us, because as self-sufficient as Bollywood is on the international platform, it is still seen as some kind of a novelty or a freak show," Ranvir told IANS on the sidelines of fourth Dharamsala International Film Festival (DIFF), which opened with his latest release "Titli".

"When we have films which speak the international language and hold the international grammar of cinema, it affects people and communicates with them worldwide. It's something which we desperately need as a film industry," he added.

Released on October 30, "Titli", helmed by debutant director Kanu Behl, was earlier screened in the Un Certain Regard section of the 2014 Cannes International Film Festival.

Ranvir, who has impressed critics with his standout starred in films like "Bheja Fry", "Khosla Ka Ghosla", "Mithya" and "Gour Hari Dastaan", feels the recognition has now started coming in.

"We are making some dent now in this period, but still we have some way to go... Internationally, there was a time when Iranian and Korean cinema became a rage of the world cinema, we still need to reach that point where we take the audience of world cinema strongly," he said.

However, Ranvir rued that films like "Titli", which was co-produced by Yash Raj Films (YRF) and Dibakar Banerjee, "don't get support from the big studios".

"Instead of being backed (whole-heartedly) by Yash Raj Films, our film was released and promoted as a small film, unlike other star-studded films that they produce. We were not given the same resources," he added.

"Titli", which delves into the concept of family violence with a heavy use of abuses, was edited by the Central Board of Film Certification (CBFC) because of several cuss words in it. Ranvir says it's their duty and it's not that the CBFC wants to evade realism from Hindi cinema.

"I don't think CBFC tries to stop realism. They have certain reservations about language, profanity and showing nudity and things like those. There should be a board made out of filmmakers, who don't have any grudges and without any involvement of the government," said the actor, who has mostly featured in films with offbeat narratives.

Does he stay away from commercial films consciously?