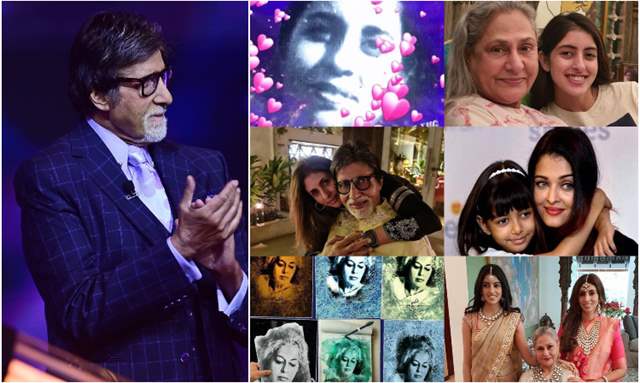 Amitabh Bachchan is one of the most active social media users among Bollywood celebrities and he frequently posts updates from his personal and professional life. The legendary actor is currently celebrating ‘International Women’s Day’ and he even dedicated a post to the staunch women from his family.

Taking to his social media handle BigB posted a collage of all the important women in his life. He pointed out how every day belonged to them.

Earlier, during the release of his film Pink, the veteran actor wrote a letter to both his granddaughters- Navya and Aaradhya. In a letter written for Navya, who was 18 then, Amitabh told her that the big surname would not protect her from the difficulties that come with being a woman. On the other hand, he ominously told Aaradhya, only four years old then, that he may not even be there by the time she is old enough to understand letter he had written.

In other news, Amitabh Bachchan in a blog post confirmed about undergoing eye-surgery and gave a health update to his fans who were eagerly waiting for an update.