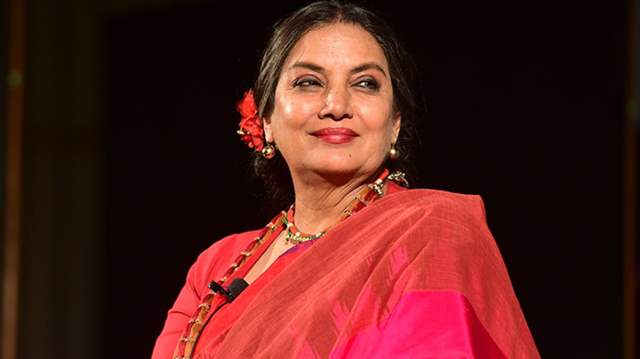 The veteran actress, Shabana Azmi celebrated her 72nd birthday on Sunday with a star-studded party that was all about fun and pomp.

All of these actors, from well-known designer Manish Malhotra to actress Dia Mirza Rekhi, contributed to the allure of this glitzy celebration. Director Zoya Akhtar, Anil Kapoor, and Tabu are just a few of the celebrities who were sighted at the party.

While one couldn't get their hands on the pictures of the party, Fashion designer Manish Malhotra offered fans a peek at the celebration uploading some selfies with the birthday girl and Dia Mirza. Farhan Akhtar, a prominent stakeholder at Excel Entertainment and a Bollywood actor, wished Shabana Azmi a happy birthday on Instagram earlier on Sunday. 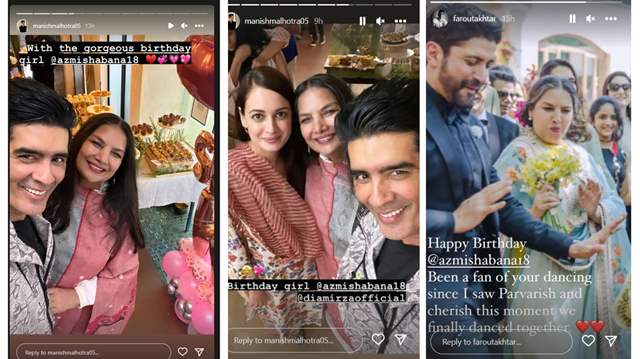 On his Instagram account, he posted a photo from his wedding with Shibani Dandekar, in which Farhan and Shabana can be seen dancing. He captioned the photo, saying, "Happy birthday @azmishabana18 Been a fan of your dancing since I saw Parvarish and cherish this moment we finally danced together."

On the professional front, she will next be seen in Karan Johar's family drama 'Rocky Aur Rani Ki Prem Kahani'. The film also stars Ranveer Singh, Alia Bhatt, Dharmendra and Jaya Bachchan in pivotal roles. It is slated to release in 2023.