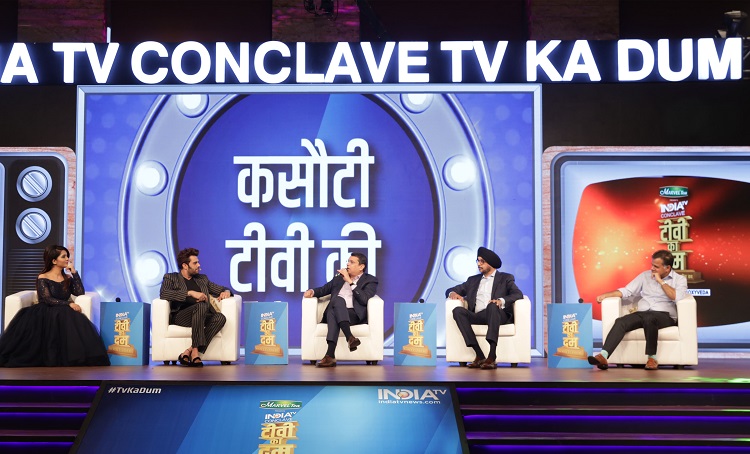 India TV, leading Hindi News channel which was co-founded by Mr Rajat Sharma and Ms Ritu Dhawan hosted a mega conclave-TV Ka Dum, that celebrated the power and journey of the silver screen.

The mega conclave got Television's and Bollywood's Superstars all under one roof. The conclave that aimed at highlighting the importance and power of small screen had none other than Mr Shah Rukh Khan as a keynote speaker. Mr Khan who started his journey with television show Fauji and continues to host several shows on the small screen, shared his journey and also added a touch of entertainment to a night already loaded with fun.

Mr Salman Khan also graced the occasion with his presence. He attended the after party which was held post the conclave.

The event was hosted by Mr. Maniesh Paul and Ms Charul Malik and attended by more than 400 television and film stars.

Mr Rajat Sharma, Chairman, and Editor in chief, India TV shared, "Having been associated with television news for the last 25 years, I have seen television shows grow from their nascent stages and I have seen these shows become an important part of people's lives. I remember, to watch the Ramayana and the Mahabharata, people took bath and sat with joined hands in front of their television sets with absolutely no traffic on the road at that hour of the day. I remember when "Aap Ki Adalat" started, how people used to surround me on the streets, in restaurants to have a conversation with me about the show. The day when Bala Saheb Thackeray's episode was telecasted, there was no traffic on the streets of Mumbai. This is the reach and power of Television. The viewership of TV is way more than the audiences that go to watch cinema in theatres, this was first reported to me by Mr Amir Khan when he was shooting for his show 'Satyamev Jayate'."

In real life there are many people TV has made, for instance, Swami Ramdev who taught yoga on the Aastha channel, Smriti Irani from Saas Bhi Kabhi Bahu Thi to a minister now she is still remembered as Tulsi. Mr Amitabh Bachchan the biggest example, his film career was on a down on fall when he understood the power of Television and made his television debut with Kaun Banega Crorepati. The show changed the fate of both Mr Bachchan and Star TV which now airs on Sony TV", he concluded. 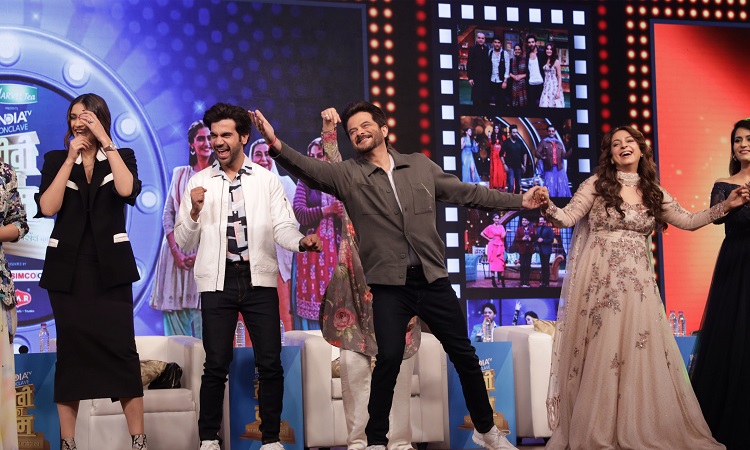 Mr Shah Rukh Khan who was invited as a Keynote speaker shared, "I would like to thank Mr Rajat Sharma and Ms Ritu Dhawan for giving me the honour of inviting me and giving me an opportunity to share my views with the audience. Rajat ji and I have been associated for a very long time. I have been to Aapki Adaalat twice and each time was an amazing.TV has played a major role in my career and whatever I am today is because of television. Television is my mother and it is powerful and it will always be powerful. If it wasn't for television many artists besides me wouldn't have been what there are today. I am glad that India TV gave me this opportunity to be a part of this program."

Panel discussions dedicated to different genres were held throughout the day.

The panel discussions were as follows:

The panel discussed the journey of daily soaps in Indian Television Industry.

Mr. Manish Paul interviewed Mr. Rajat Sharma on the evolution of news in our country.

The panelists spilled the beans on the truth behind the reality shows.

The panel was followed by the host Manish Paul sharing his journey in the Indian Television Industry.

Mythological serials and its importance.