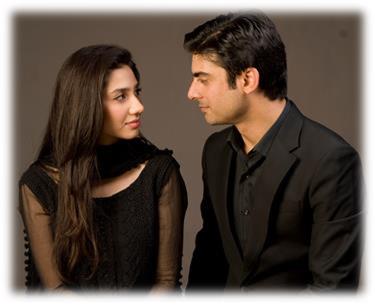 Humsafar - the drama that changed the history of Pakistani Television industry is all set to premiere on Indian Television on October 14th at 8:00 PM.

The drama marks the comeback of Fawad Khan and the debut of vivacious Mahira Khan on India's first premium Hindi entertainment channel Zindagi. Humsafar is recognised as the highest-rated Pakistani TV serial of all times and is used as a benchmark for romantic drama shows even today for its beautiful story line. The show is based on renowned Pakistani author Farhat Ishtiaq' s novel by the same name.

Humsafar is the story about how two strangers with strikingly opposite personalities Asher and Khirad fall in love after an arranged marriage, their trials and tribulations and how they overcome the problems with true love that they harbor for one another. Asher, played by Fawad Khan, is a suave Yale returned, well educated, well-mannered gentleman. While Khirad, played by Mahira Khan, daughter of a government school teacher, is a self-respecting woman from a humble background. Humsafar became an instant hit amongst the viewers in Pakistan, making Fawad and Mahira household names.

Talking about the Indian Television premiere of Humsafar, Fawad Khan said, "Humsafar is one drama that is very close to my heart; it explores the relationship of a husband and wife. andI am very close to my Humsafar - my wife Sadaf. After receiving all the love that audiences in India have showered on Zaroon of Zindagi Gulzar Hai, I hope to live up to their expectations as Asher in Humsafar. This show was a turning point for me as an actor as it received the maximum accolades and awards from amongst all the shows I've done so far. I hope it fares well in India and people like it."

Humsafar was lauded for the brilliant chemistry shared amongst co-stars Fawad Khan and Mahira Khan. The leading lady of show, Mahira Khan exclaims, "Humsafar was my first show and it was an overnight success. It was life altering for me. It does still live with me because the character of Khirad is very close to my heart. Fawad and I had amazing fun while shooting for Humsafar and I think that has translated into a great onscreen chemistry between us.  I am really excited and looking forward to Humsafar's launch in India. I am not sure how the reaction will be, I hope it is positive."

Humsafar has won many awards for its direction, OST, acting and chemistry. So, gear up for this beautiful journey of love and longing with Ashar and Khirad through Humsafar.

Namish Taneja back on ‘Aye Mere Humsafar’ sets after isolation

amaypranay 6 years ago Humsafar is simply amazing! Fawad khan and Mahira khan are brilliant in the serial!

ipkviewer 6 years ago humsafar is a great drama and i absolutely loved it. Best luck to Fawad and Mahira

Karunima 6 years ago Love Fawad Khan. Would watch any show of his for him.

Neerjaa 6 years ago Fawad Khan breathes life in any character he plays . He stands out in the crowd . Humsatar is beautiful show with emotions and with out ant tamkham . Hats off to Pak dramas . Already have seen but watching on Zindgi channel again grips you with brilliant acting .

jyoti01 6 years ago Fawad Khan you were brilliant in Humsafar. Hope it it is received with all success on Zindagi

tvluvr 6 years ago loving humsafar again .watching it on my tv is really a treat.