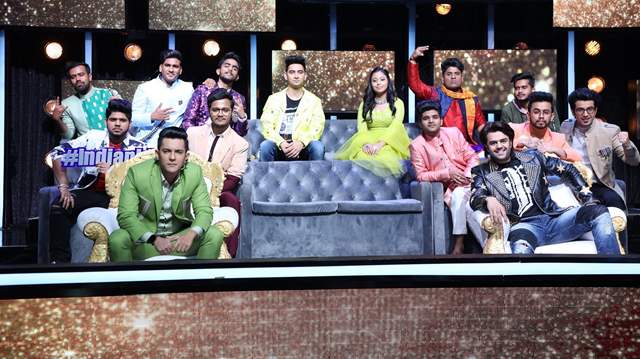 This episode will give the audience a laugh riot because when two of the best hosts come together the atmosphere would be more energetic and livelier. Not to forget the fabulous performances by the contestants of both the seasons.

Maniesh Paul on his return to Indian Idol said, “I had a great time being on the show.It was great to be called as a guest on a show which I hosted last year and was hugely appreciated. Thanks to Sony to have invited me. It was good fun with Aditya, who is very spontaneous on stage. Vishal and Neha were warm as always and Himesh sir is amazing!!”

Neha Kakkar Resumes shooting as she appears on the sets of 'Sa Re Ga ...

"Rhea Is Not Co-Operating With ED; Actor Claims She 'Doesn't ...
35 minutes ago