The Third Season of Indian Idol is now surely on a roll, as it has received a thunderous response from its viewers last week, with over 27 million viewers over two days. This week, the auditions move to the Epicentre of Art and Culture – Kolkata. This Friday, Indian Idol will take the viewers to the Auditions in Kolkata, Bhubaneshwar and London, to witness the enthusiasm of thousands of aspirants as they live that one dream of winning the coveted title and becoming ‘Bharat Ki Shaan’.

As we all know, Kolkata is a Music-Frenzy City and this was proved in the last two seasons of Indian Idol, which saw a huge response from the Kolkatians.. So can this Season be far behind? Well, hear it from the Melody King Udit Narayan himself who on his trip to Kolkata acclaimed, “We have got some really good talent. What is most amazing is that the women rank much higher in terms of participation, sincerity and earnestness. It has been a great learning experience travelling to so many diverse cities and interacting with such talented singers. It is amazing to see the kind of confidence that the youngsters today have". 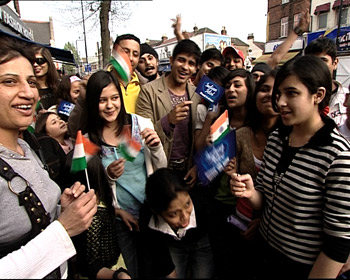 This Episode on Friday will also take us to the first ever journey of Indian Idol to the city of London. The upbeat contestants in London simply loved the atmosphere and the opportunity that opened up before them. The two judges from India, Annu Malek & Alisha Chinai, sat thro’ the auditions and enjoyed every moment of the enthusiasm and eagerness shown by the participants. Earlier there was a precasting done by the London-based music director and composer Biddu. The London episode will showcase a mixed bag of emotions, and promises to enthrall the viewers and take them through an emotional journey.

So are we ready to have yet another rollercoaster fun filled Musical Weekend with Indian Idol? Let us not waste time now, let us get a glance asto what is in store for us this Friday. 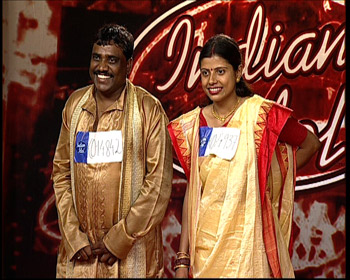 As the judges wait to welcome their first contestant, there enter a couple with lots of enthusiasm to do well in Indian Idol. As they walked into the Judges room, one could sense the feeling of “Hum Saath Saath Hai”, the couple who came together sang separately though. We are now left wondering whether this Hum Saath Saath Hai Jodi made it to the Theatre Round or not… What is the drama that unfolded after this jodi sang separately… Wait and Watch this Friday.


Well, who said that a person stammering cannot make it to Indian Idol.. The Contestant Ashish Oza who stammered a lot while talking, left the judges pondering as he sung his song flawlessly. Will we see this confident man singing yet again in the Theatre Round? 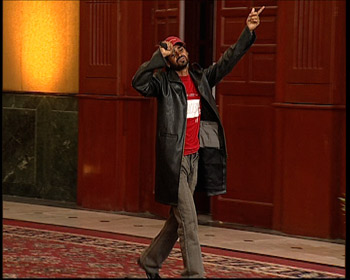 This is the Season of Himesh Reshammiya’s antics and mannerisms. Every aspiring singer will probably love to model himself/herself into Himesh’s style of singing. This Audition also found Himesh look-alike with his famous cap singing away to glory. But, do you think the mannerisms of Himesh will help this youngster to move to the next level? The answer is probably a “No”, as the judges were so irritated with his song that they just wanted him to stop singing. Now, the youngster remarked that he will end it only when he is done with the song.. What do we call this? Is this Overconfidence or Self Belief? Well,the youngster got his answer soon as an irritated Alisha and Annu walked out of the room saying, “ When will he ever stop?” Now, the youngster was not done yet, as he grabbed all the certificates issued to the participants who qualify and ran out of the room.. There was high drama as the whole Production Team along with Annu Malek ran behind this guy and took the papers from him. Annu Malek did not leave it at that, as he yelled at the guy saying, “ This is an important document and we are here for serious judging. Don’t fool around”. Amidst all this drama, one thing that this guy can be proud of , is that he got all the Attention and Recognition he had craved for.. , provided we forget that it was NOT for his singing talent. What more can we say - "Well Done mate!!!"

“Left Right Left” marched in a young Constable Prashant. This confident constable had a very unusual voice but had the experience of singing in the Kolkata Police Orchestra. So will his experience pay off, or will he be asked to take a March back to his own pavilion, the Police Station? 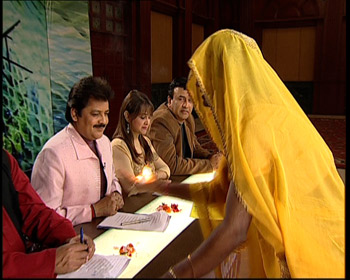 As the judges awaited the next contestant’s entry, in came Deepak dressed as Meerabai – in a saffron sari, gunghat covering his face and with a decorated Aarti ka Thaali. Wow!!! What an atmosphere for a change!!! Now what is this guy upto, "Who is the Shyam for this Meera?". As the curious judges watched, the curtains fell, when Deepak claimed that he literally adores Uditji like Meerabai’s affection for Lord Krishna. Uditji had no words as he said,"I was quite shocked as well as touched to see this gentleman so devoted to my singing”. Well, what will this die-hard fan get in return from his Shyam and other Judges?

So join in the excitement & entertainment, as the short-listed contestants get ready to face the nation for the first time ever. The coming weeks will see the Top 28 participants, selected by the eminent panel of judges, competing for their place in the next round of Indian Idol. The drama unfolds as the viewers vote for their favorite who will eventually become the nation's third Indian Idol. 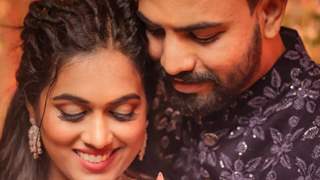 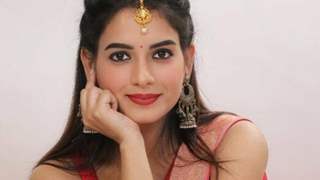 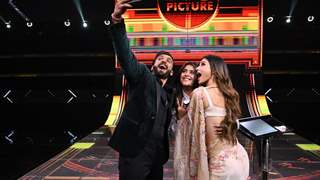 Ranveer Singh auditions for Ekta Kapoor as Naagraj on COLORS’ ‘The Big ... 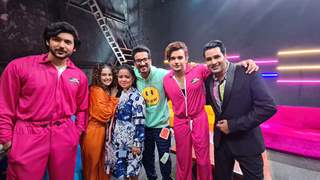 14 years ago This Episode is Quite Funny... I like it and Article TOO