New Delhi, Sep 8 (IANS) India is setting the dance floors on fire in San Francisco, says one of the leading disc jockeys in California.

'Lounge and disco music is changing in the Bay Area of San Francisco - often called the US' hottest party zone - with strong Indian influences,' DJ Lokesh, also known as Tranzatma, told IANS in the capital Monday.

Delhi-born Lokesh has been making fusion and progressive fusion dance music for the past four years in California and has made a name for himself with DJ Pathaan. The BBC broadcast his music on its Asia network.

Lokesh will perform at the Garden of Five Senses in the capital Sep 12.

'Indian sounds are quite a rage in the Bay Area, which parties round-the-clock. There are at least six Indian disc jockeys, along with me and some north African ones, who fuse Indian instruments with western ones. Five DJs play popular Bollywood numbers at the dance clubs and the crowd loves popular Indian film music,' Lokesh said.

Lokesh's brand of music is Asian and Indian fusion electronica.

'I use Indian, Asian and middle-eastern sounds. I call it progressive fusion music because there is plenty of room to experiment. Most of my music is computer generated and the sounds are processed by a synthesizer. I fuse the sitar, tabla and santoor with western electronica, drums and guitars,' he said.

Lokesh hung out with rock bands here during his school days.

'But after I moved to California four years ago, I started making my own music. It gives me more freedom to experiment than the limiting constraints of a rock band,' the musician said. He learnt to deejay from a friend and then started processing his own sounds.

'My music transcends geographical and cultural boundaries,' he said.

A member of the 'Bay Area collectives' which includes Geomagnetic, Vishnu Operative and Ultraviolet Carnival - three world fusion dance music bands - Lokesh has performed all over the Bay Area.

'I have played Indian fusion music at the 1015 Folsom, one of San Francisco's most famous night clubs; at the Burning Man Festival; at Kelly's and Shine, clubs which host some of the best DJs in the US. I have also shared the stage with Karsh Kale, the Indian American music composer and producer known for his fusion rock; Chebi Sabbah, an Algerian musician; Doctor Spook, Tall Sasha and Micropixie, all heavyweights of new-age music,' he said.

Lokesh has just released his new musical video 'Utopia', a fusion of Indian and American dance electronica. 'I shot it six months ago,' he said.

'The party hoppers of the Bay Area have an open mind. The fact is that they are fed up of the same old beats and are looking for something new. People love Indian culture - clothes, music and cuisine. And they want to get involved in everything Indian,' Lokesh said.

Moreover, dancing to the beat and melody of Indian electronica is easier because the melody and rhythm flow with 'more diversity', Lokesh said. 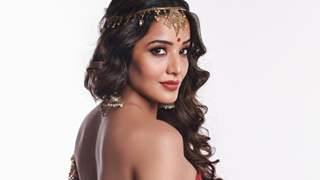