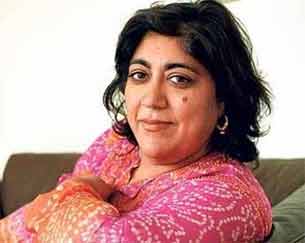 Indian filmmakers are targeting global audiences and Gurinder Chaddha, the British film director of Sikh origin, says it's time they understood that merely cutting down on songs won't catapult them into the international league. Rather, they need to master the "mechanisms of storytelling".

Her films on the Indian diaspora - "Bend It Like Beckham" and "Bride and Prejudice" - had desi masala, songs and drama all packaged with a global appeal and she also praised Indian filmmakers for making potboilers.

As a viewer, she loved new-age Hindi films like "Dev D" and "Vicky Donor". However, when she looked at them with a critical eye, she felt the latter work on sperm donation "would very easily have been equivalent to an international movie".

"I saw 'Vicky Donor' - it's a great film, has great production values, a great script and has great performances - but if I was allowed in the edit room, I would have been able to cut it out in a way that it would very easily have been equivalent to an international movie," Gurinder told IANS during a tete-a-tete on a bright sunny afternoon here.

She also emphasised on the storytelling technique.

Nevertheless, she also said that making commercial potboilers the way Indians do is a skill in itself!

"It is just as much a skill as it takes to make a commercial masala movie. It takes a skill to do that. And that, people in the West can't do," she said, flashing her infectious smile.

Gurinder, who has been awarded the Order of the British Empire, is as cool as she looked while dancing on "Feeling hot, hot, hot" with her cast and crew in the end credits of "Bend It Like Beckham".

She was in the capital to give an insight into the Bend It Media Fund (BIMF), an enterprise for which she has collaborated with AVT Shankardass, an entertainment financier and producer.

Their vision is to create high quality creative and commercial diaspora content via the fund's four subsidiaries - Bend It Motion Pictures, Bend It Live, Bend It TV and Bend It Digital.

Talking about the project, Gurinder said: "I thought it would be great if we could have a vehicle to encourage people to make films that appeal to a broad, mainstream, international or global audience as well as niche audiences."

The fund, as Gurinder said, is looking out to support filmmakers who find it hard to raise money because "like me, they want to make a particular kind of movie that is personal to them and not necessarily a commercial studio fare".

Being a part of the Indian diaspora, the filmmaker was more interested in stories about the grouping as she can "read those and understand them better".

"But I am also very interested in the other diaspora. I would love to see a teenage comedy about girls in Saudi Arabia. I'd even like to see a film about the Indian community in Sydney. From India, I'd like to see films by women that may not deal with the issues that my films do, but with the same light-heartedness...

"It's a sensibility that has to be imparted and taught - it doesn't come naturally and so I want to encourage this kind of sensibility," added the filmmaker, whose last directorial venture was "It's A Wonderful Afterlife" (2010).

Her next is about the sub-continent's partition in 1947. She has been working on it for a long time, but a project of that scale tends to take time, she said.

The script underwent a lot of reworking, but she said "it's fantastic" and "much better" now. Once the script is finally locked, Gurinder will start locking in the cast, which will include a mix of Indian and British actors.

While she hopes to make the movie this year, her hands are also tied up with taking entertainment on Indian diaspora a step further with a live production of "Bend It Like Beckham" for the West End stage.

Gurinder has even been approached for a stage production based on "Bride and Prejudice".

If only time permits, she'd love to "fit in" her partition movie in between all the other work.

Deepika Padukone Beats Indian Actress to Gain the Top Position on a ...

Chahatt Khanna to Eat only One Meal a day to Support the ones in Need! ...

Huma Qureshi Loses Cool; Says She has been 'Unnecessarily ...
53 minutes ago

2020 is Turing Out to be a Fruitful Year for Prabhas!
53 minutes ago