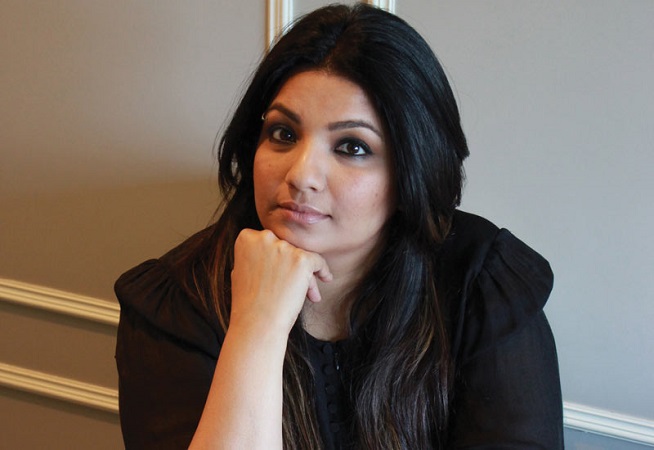 Designer Payal Singhal, who has clients across the globe in places like New York, Miami, Hong Kong and London, feels the Indian fashion industry -- despite the hard work that's going into it -- is "grossly underrated".

Singhal, whose forte is wearability, versatility and comfort, told IANS: "Sadly, Indian fashion has been straitjacketed into a frivolous category, but the industry is in fact, grossly underrated."

"People often don't understand the semantics or know the amount of work that goes behind the scenes -- from sourcing and selecting fabrics to dealing with labour and ensuring superior craftsmanship... It's a tall order," she said.

"Fashion is a substantial, serious business and also a very lucrative industry for the country's revenue," added the designer, whose forte lies in fusion Indian wear.

At the ongoing Lakme Fashion Week Summer/Resort 2017, Singhal showcased 'Lady M', a line of 40 ensembles inspired by the dark romanticism of Agatha Christie's murder mystery "Death on the Nile".

Model-turned-actress Diana Penty walked the ramp as showstopper for the designer.

Asked what role does a Bollywood celebrity play as a muse or face for a fashion brand, Singhal said: "Bollywood offers the designer great visibility. Often, fashion in India is very elitist and reaches only a select crowd. Tying up with a celebrity allows you to grab more eyeballs, generate a buzz, and reach out to many more potential clients."

Fashion in India is very celebrity-driven too, the designer added.

Has she seen a major change in the Indian fashion industry?

"When we started out 18 years ago, there was a vacuum in the space for modern Indian clothes for the younger generation. The only options for young women was to get something stitched by the neighbourhood tailor or alter their mother's outfits.

"Going from there to now, with big fashion weeks in India, social media, international buyers and bloggers flocking to India, I would say Indian fashion has become a major player and influencer in the international fashion scene."

She says she has seen an increase in the number of designers catering to a global consumer who wishes to wear her tradition with a dash of modernity.

"I started off in fashion at a time when there was no real platform for design in the country. Social media, fashion week, and celebrity stylists were unheard of concepts. From that to the current state of the industry, the evolution has definitely been massive," she added.