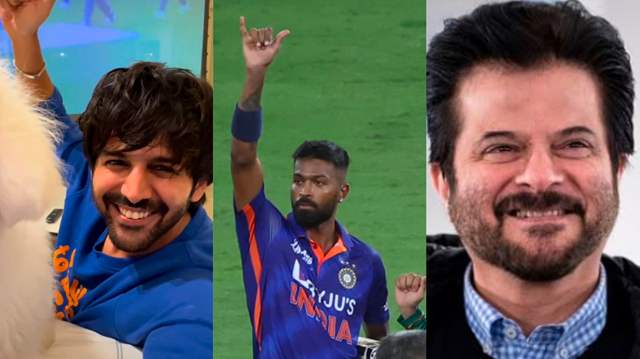 Team India on Sunday night defeated Pakistan in the Asia Cup 2022 held in Dubai on August 28.  The squad captained by Rohit Sharma defeated Babar Azam's group by five wickets. This is the first time, India faced Pakistan post its 10-wicket thrashing to Babar Azam's Pakistan in last year's T20 World Cup. Hardik Pandya deserves all the credit for the victory after leading India with his bowling and batting in a thrilling India-Pakistan encounter.

To join the bandwagon of congratualatory messages for the team B-townies took to their social media account.

Sharing snippets of the match on his Instagram, Kartik wrote in Bhool Bhulaiyaa 2 style, “I keep praying that India wins…All day All night long #HardikRoohBaba.” On the other hand, Anil Kapoor took to his Instagram stories and celebrated the win as he shared the winning scores and wrote, "Come on".

While Angad Bedi took to his Insta stories and hailed team India for iconic victory. The actor wrote, “Hardik Pandya what a champion, Ravindra Jadeja, Virat Kohli and team phenomenal win.” Saba Pataudi wrote, “What a match, both the teams, well played.” While Mouni Roy was overjoyed with India’s victory as she wrote, Indiaaaa, Indiaaaa, What a win, Jai Hind.” 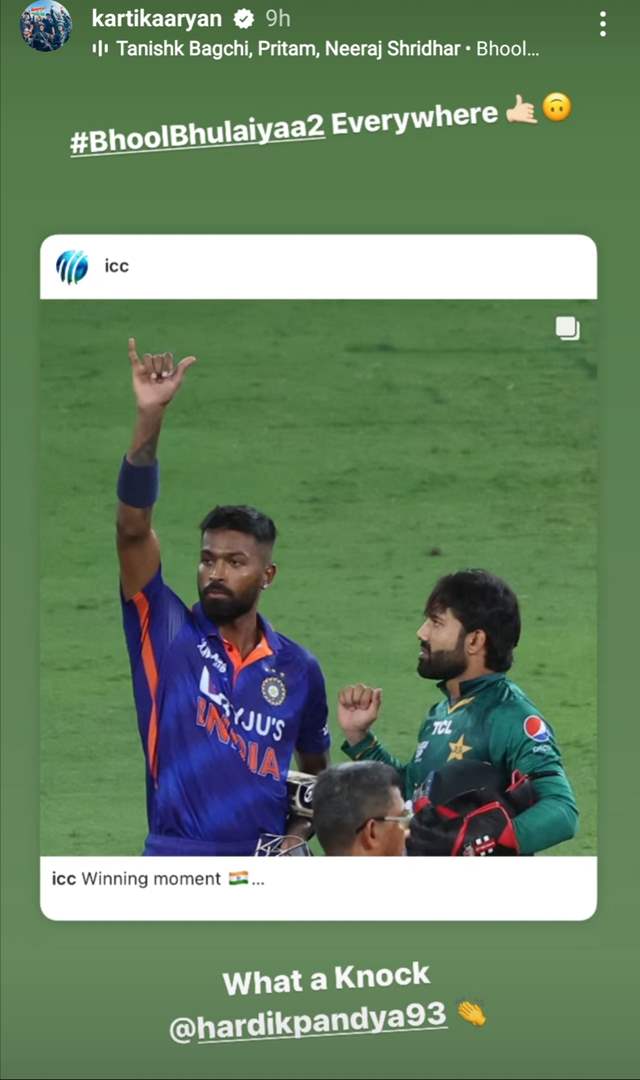 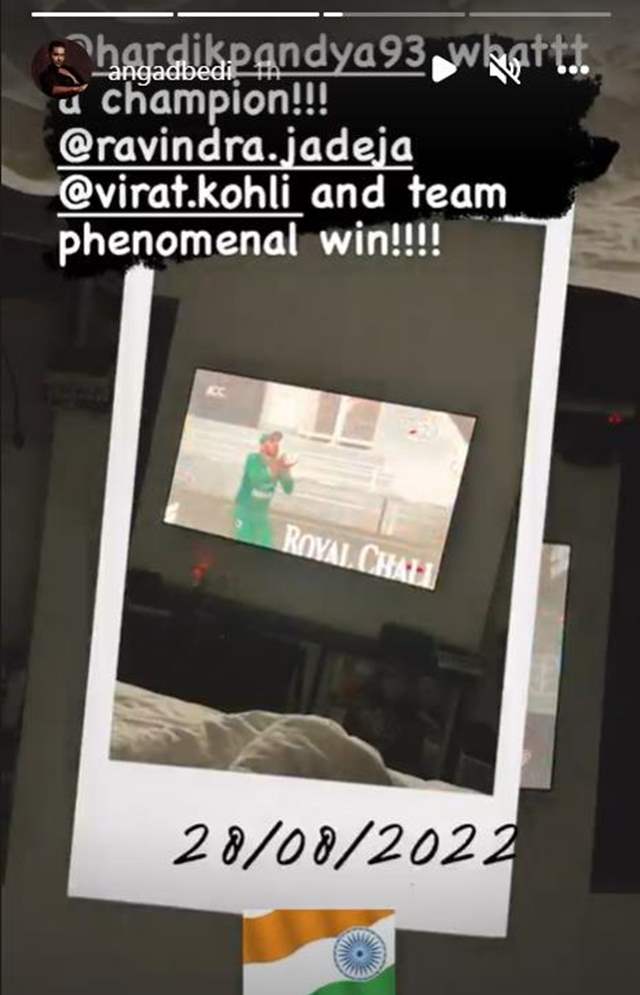 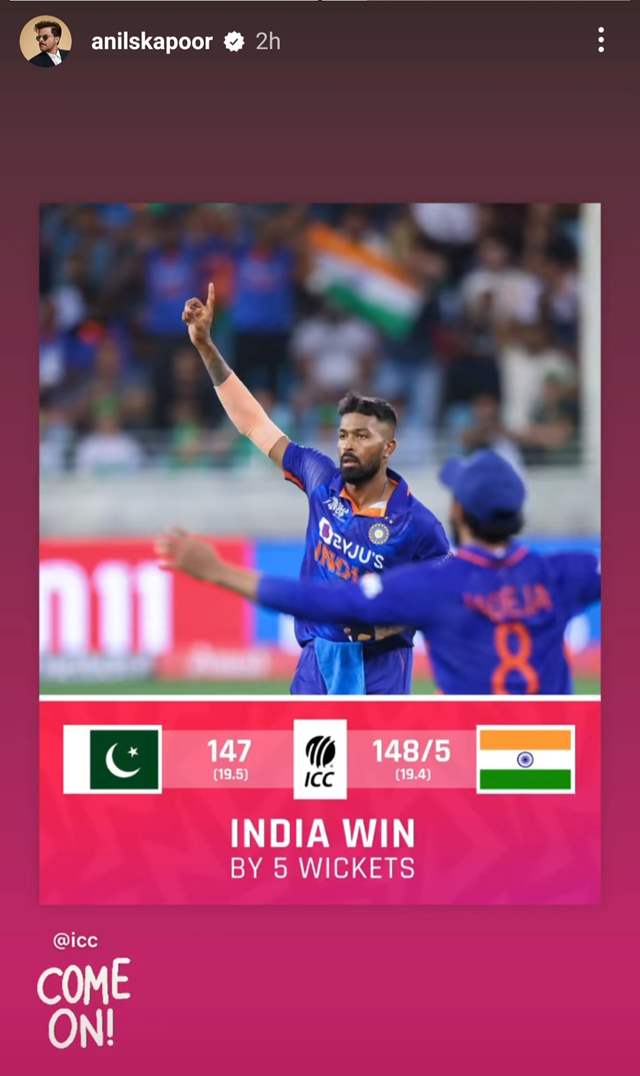 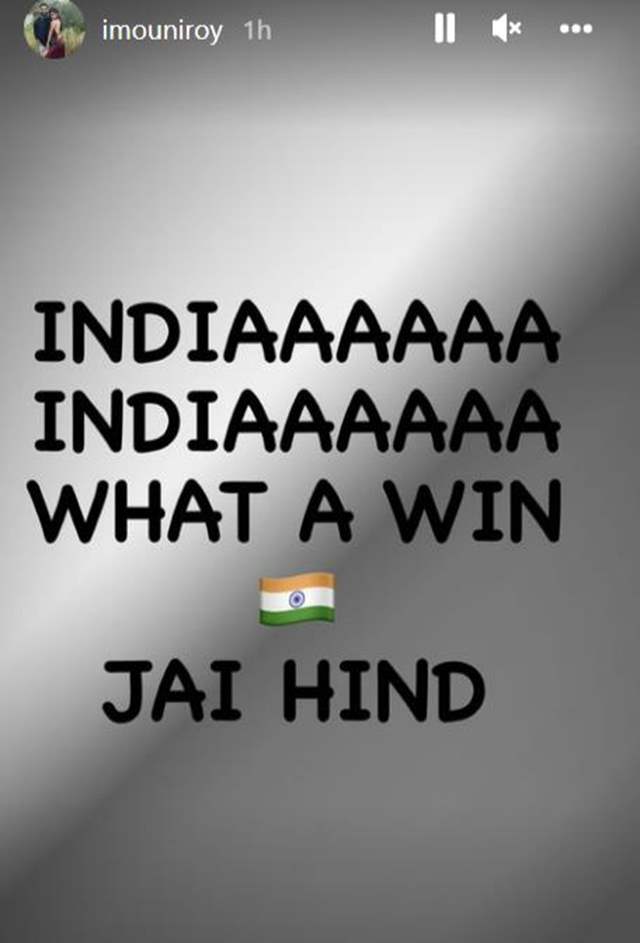 Earlier, Prime Minister Narendra Modi congratulated the Indian men's cricket team on their win against Pakistan by 5 wickets in a nail-biter in Dubai as they started their Asia Cup campaign on a triumphant note.

Well needless to say the whole country is immersed in happiness and congratulatory messages have been pouring in from all quarters.