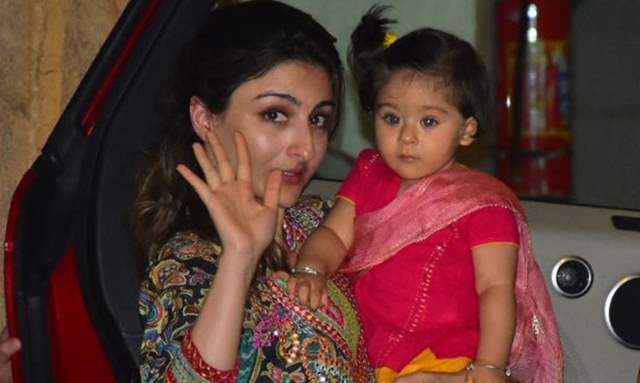 While Inaaya’s first birthday was a celebrated affair with a jungle party theme, the star parents plan to keep her second birthday private, with just family members around.

Talking of the same, Soha says, “We celebrated her first birthday. Inaaya ko zyada farak nahin padega (it won’t make a difference to her) if we don’t do it this year. But then I think we should do fifth, 11th and 25th birthdays for sure. I am sure I won’t be invited to her 25th birthday,” quoted Deccan Chronicle.

She further added,  “Well, maybe it will just be something small at home.”

In an earlier media interaction, Soha had revealed that little Inaaya loves to imitate her and is obsessed with lipsticks and makeup. "Inaaya is at an age where she does everything that I do. Today, I was taking a picture while leaving home and she, too, struck a pose like me! She is crazy for lipstick. Of course, I haven't given her lipsticks but I gave her lip balms instead. Inaaya knows what mascara is, and she knows what eyeliner is. She doesn't use it but it's a challenge keeping her away from these things. It's also exciting to see her do things because she is really sweet. She copies everything I do so, and I have to be careful and responsible”, she had said.

Daddy Kunal’s pictures with her little angel ooze only cuteness and often take the Internet by storm.

‘I am nobody to comment on Kunal Kemmu,’ says Lootcase director as he ...

Even after seven decades of independence, are we really ...
0 seconds ago