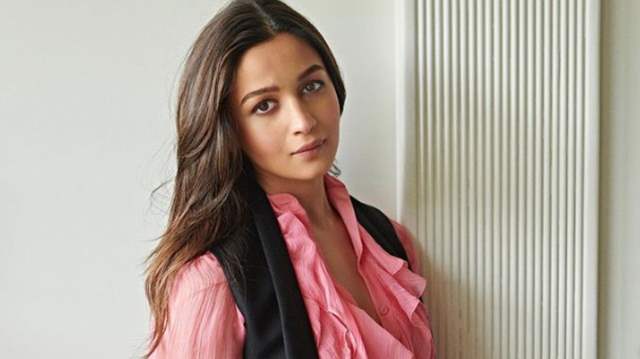 Alia Bhatt is currently one of the top actresses in Bollywood who is giving back to back hits with her stellar performances. Not only that but the Highway actress is also relishing her current phase in her personal life as she gears up to embrace motherhood.

Alia and Ranbir have been busy promoting their upcoming film Brahmastra since the past few days. Even today the couple went all out and about the city putting their best fashion foot forward.

Alia also took to her social media handle and shared a few pictures of her look. She was seen sporting a pink flowy transparent top styled with a sleeveless jacket. She completed her look with black loose pants. She flaunted her natural glow and kept her makeup very subtle. Sharing the picture, Alia wrote, ""the light .. is coming!(In just two weeks)💫🌸 9TH September BRAHMĀSTRA 🔥"

Alia Bhatt and Ranbir Kapoor starrer Brahmastra which is helmed by Ayan Mukerji and produced by Karan Johar also features Amitabh Bachchan, Mouni Roy, and, Nagarjuna. The film is slated to hit theatres on 9th September 2022.

Talking about her work engagement, Alia Bhatt is currently enjoying the success of her film Darlings, which was released digitally on Netflix. The film garnered rave reviews from the audience and all the actors including Shefali Shah and Vijay Varma were lauded for their performances.

Apart from this Alia Bhatt will also be seen in the film 'Rocky Aur Rani Ki Prem Kahani' alongside Ranveer Singh. She will also be making her Hollywood debut with 'Heart Of Stone'.