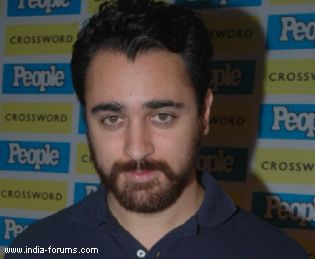 He plays a loafer in one movie and a Haryanvi rural boy in another. Actor Imran Khan is pushing his limits to give an authentic touch to characters in his forthcoming films.

The 29-year-old will be seen in the role of a loafer in Milan Luthria's next "Once Upon A Time In Mumbaai 2", and to add a realistic touch to it, Imran is interacting with people from different areas, said a source.

The actor decided to learn Haryanvi language for a month, before he started to shoot for Vishal Bharadwaj's "Matru Ki Bijli Ka Mandola", in which he essays a Haryana-based boy opposite actress Anushka Sharma.

Besides these two projects, he will be seen in Tigmanshu Dulia's "Milan Talkies". Imran has previously sported a clean shaven look in movies like "Jaane Tu Ya Jaane Na", "I Hate Love Stories," and "Ek Main Aur Ekk Tu", but has recently been flaunting a heavily bearded look.

Charvi Saraf is finally happy that her character got a ...
26 minutes ago