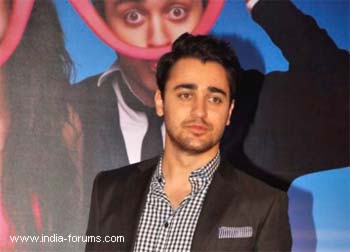 Bollywood actor Imran Khan lost his bag at the Dubai airport while in transit for the promotional tour of his forthcoming romantic comedy "Ek Main Aur Ekk Tu".

Imran and Kareena have been travelling abroad to spread the word about the Dharma Productions and UTV Motion Pictures co-production. But Imran ended up in a bit of a mess in Dubai last week.

"It turns out that somebody else on the flight had the exact same bag as mine and naturally he took my bag with him. I have managed to buy some fresh pairs of shirts and socks from the Dubai mall and at least I won't be with the same clothes for the next few days," said Imran who retrieved his bag after 24 hours.

Despite the incident, Imran and Kareena were all smiles when they were welcomed by a crowd at the Arabian Center Mall in Dubai Sunday, says a source.

After Dubai, Imran is set to head to New York and then to London for the promotional tour.