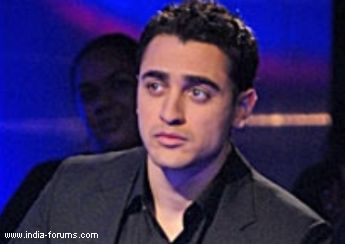 Bollywood actor Imran Khan, known for his chocolate boy looks, will turn baddie for the sequel of the 2010 film "Once Upon A Time in Mumbaai". He will play a don in parallel lead with Akshay Kumar.

The movie was to feature Shahid Kapoor earlier but now Imran has been finalised for it.

"Talks were on with Shahid but we have decided on Imran now. Imran loved the script, and we are very gung-ho about this project. The audience will get to see a different Imran," Girish Johar, head of acquisition and distribution, Balaji Motion Pictures, told IANS.

In the film, Akshay will be seen as underworld don Dawood Ibrahim, and Imran will play his rival Aslam.

The project will be directed by Milan Luthria, who is basking in the success of "The Dirty Picture".

The prequel - "Once Upon A Time In Mumbaai" - had Ajay Devgn and Emraan Hashmi together on screen. Their mentor-turned-rival chemistry as Sultan Mirza and Shoaib, respectively, was appreciated.

Producers are hoping that the Akshay-Imran pairing works wonders for the sequel too.