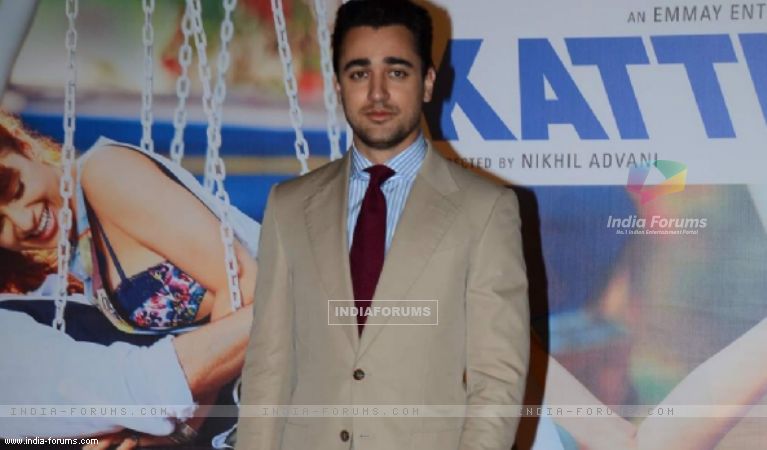 "I have just come back from a family holiday and everyone has been calling on how they have loved this concept. We are surprised how many people have forgotten the concept of katti-batti," Imran said in a statement.
Three special promos -- described as 'Bedtime Stories', which bring the essence of the film to the viewers, were released just last week.
Soon after the film's dialogue promo released, Imran returned to 347 messages and 76 missed calls on his phone, said a source.
Imran sports a quirky yet modest attire in the film.
"Katti Batti" narrates the story of a couple -- Imran as a young architect Madhav Kabra and Kangana Ranaut as the free-spirited Payal -- in a live-in relationship.
The film, produced by Siddharth Roy Kapur under UTV Motion Pictures, is set to release on September 18.