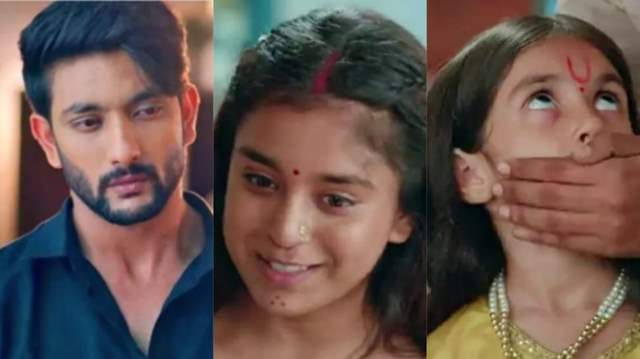 Star Plus show ‘Imlie’ is getting quite interesting with each passing episode. The current track of the show revolves around Malini learning about Cheeni being her daughter. Cheeni has been hospitalized and Aryan gives her the blood just like the old times.

In the upcoming episode, Imlie meets Cheeni and gives her food. Cheeni loves her favourite food prepared by Imlie. Imlie also serves food to Aryan. Aryan talks about Cheeni’s illness and feels she has the same illness like Gudiya. He joins the dots and asks if Cheeni and Gudiya are same. Imlie thinks to herself that she can’t reveal the truth or else Malini can harm Cheeni. Imlie tells Aryan that it is just a coincidence.

Malini meets Cheeni and give her expensive choclates and tells her that she is her mother and Imlie was the one who snatched her from her mother for her agenda. She gives her chocolates but Cheeni throws it and asks her to leave. She states that she loves the food given by Imlie even if it’s not luxorious. Malini tries to manipulate Cheeni.

Imlie decides to stay over at the Rathore mansion for the night and would leave for Pagdandiya in the morning with Cheeni. Malini arrives and creates a major drama. She accuses Imlie of stealing Gudiya away from her and announces that Cheeni is her daughter. This leaves everyone shocked. Aryan defends Imlie but Malini tells him that in the past, Imlie also snatched his baby from him. Malini claims that Imlie still loves Aditya and that’s the reason she loves Cheeni. Aryan asks her to shut up.

Furthermore, Cheeni refuses to go with Imlie and tells her that she isn’t her mother. Malini drags Imlie out of the house.

+ 3
3 months ago According to every IF article ever Imlie get's more and more interesting with each passing episode. What will it take for 'Imlie' to become less interesting to you IF writers? Just curious coz you know... how boring is life without curiosity.