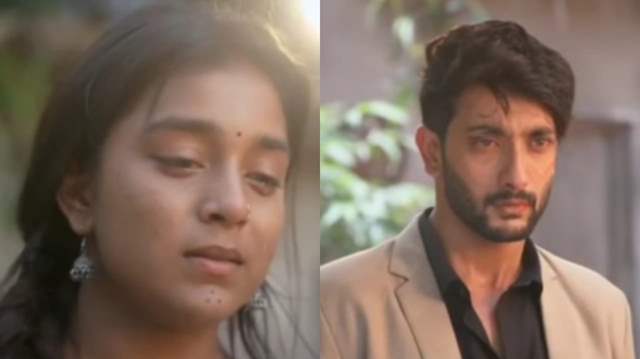 Star Plus show ‘Imlie’ is getting quite interesting with each passing episode. The current track of the show revolves around Aryan ending up at Pagdandiya to take the apology letter from the reported who defamed Bhaskar Times with her counter story, not realizing that the reporter is none other than Imlie. Meanwhile, Imlie is aware of the lawyer of Bhaskar Times waiting to meet her, not knowing that he is none other than Aryan.

In the upcoming episodes, Cheeni gets upset with the taunts of the villagers and sits aloof in an old hut. The man hired by Malini comes there and puts the hut on fire. Cheeni panics and cries for help. Aryan and Imlie rescue her and come out holding Cheeni’s hand. They finally see each other. They imagine confronting each other and putting their heart out about what went wrong in the past.

Both realise that they were waiting to meet each other but Imlie tells Aryan that she can not talk at that moment as Cheeni needs her attention. They leave. Imlie checks Cheeni for wounds. Cheeni reveals that it was Aryan who saved her from Girish and also talks about helping Aryan when her mother was unwell. She tells her seeing a rude person from the family and that she didn’t like her. Imlie joins the dots and understands that it would be Malini.

Furthermore, Imlie tells Aryan that she isn’t at fault and that she is innocent. He asks her to prove it to the police and gets her arrested. Imlie stands shocked.

+ 5
1 months ago Finally they have come face to face