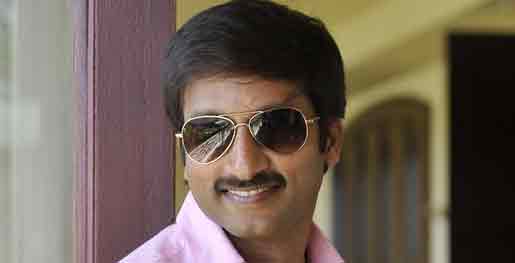 Telugu star Gopichand, who has equal number of hits and flops in his career, says he's been waiting for an opportunity to experiment with different kinds of cinema. He feels experimental cinema can also thrive, provided one knows how to make them.

"I'm on the lookout for avant-garde subjects. People think we stars only prefer working in commercial films, but that's untrue. With small and experimental films doing well at the box-office, there's room for experimental subjects and if told properly they can rake in the moolah as well," Gopichand told IANS.

He feels the dearth of writers is the reason behind lack of good subjects.

"Let's admit we don't have good writers. There's so much happening around us in the society. All that could be made into films. But who's writing such stories," he asks.

Gopichand was last seen in Telugu actioner "Jil", which released last month. He played a suave fireman in the movie.

"It's funny that people have liked my stylish appearance more than the film. Not that the movie is bad, but I think it was a change for the audience to see me in a stylish avatar. I enjoyed my look too. It made me feel fresh and confident," he said, and added that he's happy the film is doing good business.

"'Jil' is probably the first full-length action film of my career. I've never done so much action in my movies. Audiences dug the stylishly choreographed stunts. I enjoyed it quite a bit myself," he added.

Gopichand and his co-star Raashi Khanna share an intimate moment in the movie. His peck on Raashi attracted lot of attention and paved way to controversy too.

Asked about it, he said: "I was never comfortable about the idea. When I asked my director, he said the script demanded the scene, so I agreed to do it".

Having started his career as a villain, Gopichand says he'd love to unleash the baddie in him, provided he lands good roles.

"I don't mind playing a villain as long as he has a strong role and equal screen space alongside the hero," he said.

His next outing will be a family entertainer with filmmaker B. Gopal.

"We've nearly completed shooting. Nayantara is the heroine. If all goes well, we can expect the film in cinemas this July," he said.

On his wish list, Gopichand wants to work in a film with actor Prabhas.

"We've been thinking of working together but haven't found suitable scripts," he added.