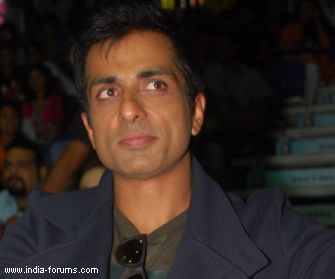 Bollywood actor Sonu Sood is excited to essay underworld don Dawood Ibrahim in "Shootout At Wadala", and he is doing his bit to carry off the role perfectly.

"I am super excited to play Dawood Ibrahim. My homework is on. I am reading about him and doing research on him. I am all set to play the role," Sonu told IANS.

Sonu says "Shootout At Wadala", based on the 1982 shootout in which criminal Manya Surve was killed, is all about gangsters.

"It is a film based on gangsters. It's about the rise of Dawood. It's more of an action drama," he said.

While the shooting of the film has already started, Sonu will join the crew next week.

"I will start the shooting from April 24. We will be shooting at locations like Nariman Point and Mahim (in Mumbai)," the 38-year-old said.

The actor, who is playing a negative role yet again after essaying Chhedi Singh in blockbuster "Dabangg", has no issues with the shade of any role.

"I don't believe in negative or positive roles. Cinema has changed. For me, it's all about good and bad roles. I am just looking forward to this film," he said.

From Sid, Bunny to Ved, Barfi: Life Lessons that Ranbir ...
43 minutes ago