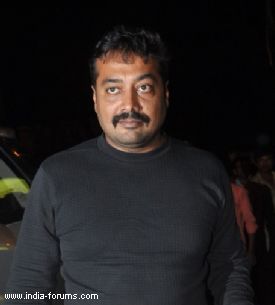 Filmmaker Anurag Kashyap will be seen in a full-fledged comedy role of a police officer in " Ghoomkethu ".

"As an actor you must learn to laugh at yourself. People tend to blackmail me emotionally to act in their films. We have shot almost the entire film, except for few portions. I am playing a lazy cop in the film," Kashyap, who will sport a new look in the film, told IANS.

Reportedly, Amitabh Bachchan may also be seen in the film and when asked about the same Kashyap said: "We want him in the film, but nothing is confirmed yet...we are trying our level best."

Anurag Kashyap responds to MeToo allegations levelled by ...
50 minutes ago