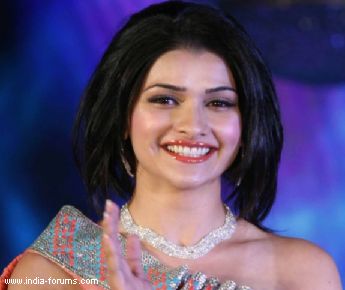 says she has bid adieu to the small screen for good.

"I had bid goodbye to television, so I am not going back. But since I started from there and became famous because of TV, the connect always remains," Prachi told IANS.

She acknowledges that the small screen was becoming bigger with the entry of Bollywood stars through reality shows.

"Almost every film actor goes to TV nowadays, be it to judge a show, host it or for promoting their film. It has become big with big stars on small screen," she said.

After making her acting debut as on TV as Bani in 2006, she won the second season of dancing reality show "Jhalak Dikhhla Jaa" in 2007. Later, she ventured into films with 2008 film "Rock On!!" and was seen romancing Emraan Hashmi in "Once Upon a Time in Mumbai" in 2010.

In 2012, the 23-year-old actress will be back on the silver screen with "Bol Bachchan" opposite Abhishek Bachchan and in "I, Me aur Main" opposite John Abraham.

She will also been seen in a cameo in Shahid Kapoor and Priyanka Chopra-starer "Teri Meri Kahaani".

Prachi says she is very excited about all her projects

"My role in every film is very different. I am so excited about the movies and just cannot wait to start with the promotions," she said.