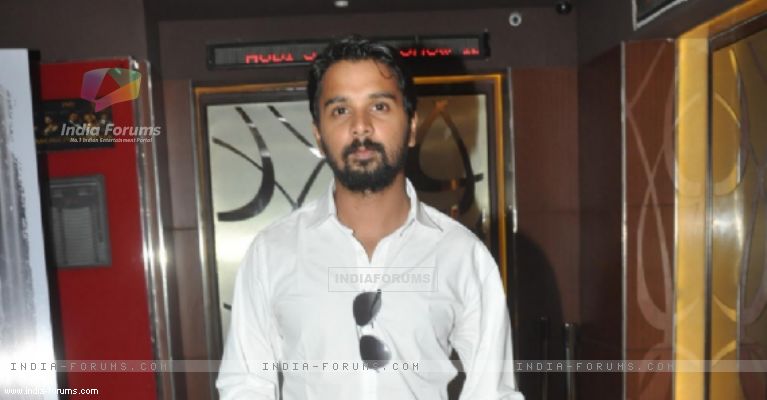 He has carved out his own niche in acting by performing on all the three stages - theatre, films and TV. Actor Namit Das, who will soon be seen essaying the title role in TV show "Sumit Sambhal Lega", says he likes to do different characters and is "greedy" about better roles.

"All these three platforms -- theatre, films and TV -- have their own charm and I'm greedy as an actor when it comes to different roles. Honestly, I would like to try out as many different character in whatever medium comes my way. I should just be able to connect with the character and of course, I look out for varied roles," Namit told IANS.

The actor, who essayed Ranbir Kapoor's college friend in "Wake Up Sid!", said: "I like to think of myself as an actor who can mould himself into whatever role that comes in way -- but the truth may be far from reality.

"I have done a movie like 'Wake up Sid!' where I was able to explore a quirky side, while in my theatre project, I get to be more grounded, yet dramatic. In ad films (commercials), I was able to express without saying much in less than 10 seconds and now in 'Sumit Sambhal Lega', it's a different ball game altogether."

"Sumit Sambhal Lega", which will be aired on Star Plus starting August end, is an Indian adaptation of popular American sitcom "Everybody Loves Raymond".

Talking about the show, Namit, who married theatre actor Shruti earlier this year, said: "Finally, a show from a man's point of view -- just a fun-loving and light-hearted show. In an industry where women-centric kitchen politics rule, here is a show, that for once would address the married man's perspective.

"Having got married earlier this year, it so happened that when I started shooting, I was facing almost the same situation on set, as well as at home! Only the faces kept changing and trust me that was quite an amusing experience."

Will there be any similarities between Sumit and Raymond?

"Sumit is today's married man, living in today's society and facing the brunt of being in a constant tug-of-war between his mother and his wife. It is the kind of situation almost every married guy today will relate to. The thing that makes Sumit such a likeable character is how he never loses his sense of humour, no matter what life throws at him.

"I've not seen a single episode of 'Everybody Loves Raymond'. I wanted to keep Sumit and Raymond different from each other. But somewhere I feel that that helped me in keeping Sumit as a character with his own essence."