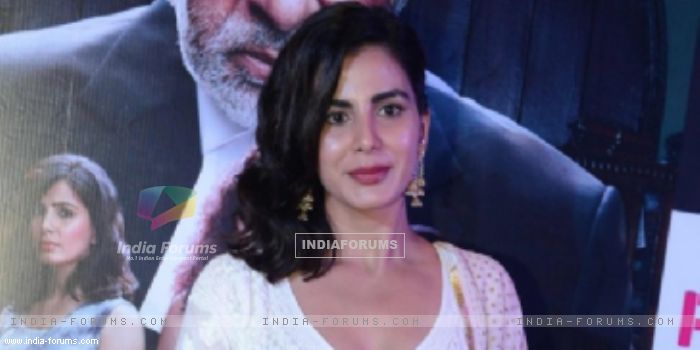 Actress Kirti Kulhari, who is playing the title role in the forthcoming film "Indu Sarkar", says she does not support the Emergency that was imposed for 21 months in 1975 in India.

Asked if her political opinion reflects in the film, Kirti told IANS here: "Whatever I read about Emergency as a part and process of my film, I can say as a citizen of a democratic country called India, I am certainly not 'for' Emergency, a decision that snatched away the normalcy of human life for 21 months. So yes, like my character in the film, I am against Emergency."

Isn't she worried that such a clear political opinion could earn her the tag of pro-BJP or anti-Congress?

"I am an actress so, my fans or the large audience should look at me as an actress on screen and love or hate me based on my performanceHow could I choose a film on the basis of what works for them?" said Kirti adding, "I am sure our audience is mature enough to judge me based on my work and not on opinion."

Her character Indu is an orphan who becomes a poet, and how during the time of Emergency, she becomes a rebel.

Kirti said: "I think emotions are universal so even though I do not come from the same background, I felt for her. I love the way she thinks, her actions, the way she stammers at timesher anger. I fell in love with the character immediately after the narration I heard from our director. It is a very well-written story."

While the actress went through a process to internalising Indu along with reading books on the Emergency and speech training to get the stammering of the character right, Kirti found the shooting quite exhausting.

"I felt unwell at the end of the shooting. There were action sequences, intense scene and emotionally I was so involved that it took a toll on my health. But I have no complaint because I have seen the result...as an actress I took those extra miles for my performance and it's totally worth taking," said Kirti, who went on a month-long vacation after finishing the film's shooting.

Directed by Madhur Bhandarkar, "Indu Sarkar" is set to release on July 28.

'Tujhse Hai Raabta' to take a Leap; Checkout their Post Leap ...
42 minutes ago

Karan Johar’s Takht put on Hold; Plans for another film ...
55 minutes ago