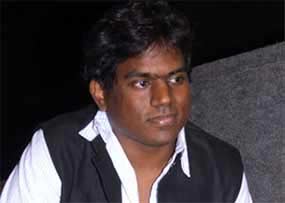 Southern composer Yuvan Shankar Raja, son of legendary musician Illayaraja, Sunday denied that he got married for the third time. He also confirmed that he has started following Islam.

"I'm not married for the third time. The news is fake and, yes, I follow Islam and I'm proud about it. My family supports my decision and there is no misunderstanding between me and my dad," Yuvan posted on Twitter page.

The 34-year-old married his long-time girlfriend Sujaya Chandran in 2005, but they separated in 2008 and it was a mutual decision.

In 2011, he married Shilpa Mohan, with whom he currently lives.

In his over a decade long career, Yuvan has composed music for over 100 films. Some of his best albums include "Thulluvadho Ilamai", "7G Rainbow Colony", "Manmadhan" and "Pattiyal".

His forthcoming albums include "Anjaan", "Taramani" and "Vettai Mannan".

Amid marriage rumours, Shraddha Kapoor arrives with Rohan Shrestha at ...