'See the name of my show is 'Rahul Dulhaniya Le Jayega'. The title itself says that I will take my bride home. I will definitely marry. In fact, the finale of the show will show my wedding only,' Rahul told IANS at Udaipur's Fatehgarh Palace, where the show is being shot amid a lavish set.

Rahul, son of late Bharatiya Janata Party (BJP) leader Pramod Mahajan, will begin his quest for a bride on TV starting Monday. He will choose from a total of 15 women who were selected after much scrutiny from over 16,000 applicants from across the country.

Among these, around seven are associated with the glamour industry in one form or the other. There are also small-time news anchors, models, directors, a law student, a BJP activist and an undergraduate student.

Asked about his choice of women from the media sector, Rahul joked: 'Maybe they have been watching me a lot.'

'Seriously, I think there are girls from all facets of life - whether from human resource management, fashion designing, media professionals or whatever. I think we have picked up different women from various fields and sections of society,' he added.

Rahul says he is looking for three qualities in a woman - 'honesty, genuineness and a sense of humour'. And the biggest put-offs for him are dishonesty and melodrama.

According to Rahul, who had a broken marriage with his childhood friend Shweta Singh, says if his father would have been alive, he would have been proud about Rahul's decision of remarrying.

'My father had a wish that I should get married, go on a honeymoon, have kids. He wanted to have a grandchild - it would have made him happy; so in a way I am trying to fulfil his wish. He would have been proud,' he said.

But then why did he have to launch a national search for a bride on television?

'Did the media feel like leaving me alone when I got married first or at the time I was facing problems? Did the media ever leave my private life? In the past three years I have not got any privacy. Since 2006, the media has been covering every activity of mine. So whenever I marry next, it will go live - I know it.

'The only difference now with this show would be that it would be shown on a single channel, unlike before when all news channels would have got the footage,' he said. 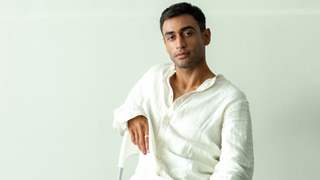