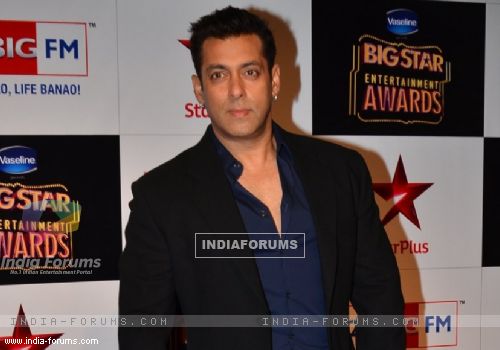 Bollywood superstar Salman Khan has warned his followers to stop posting abusive comments to his colleagues Shah Rukh Khan and Aamir Khan on Twitter. He has even threatened to quit the micro-blogging site, as he said all three of them are "friends" and there is no number game in the industry.

The 49-year-old, who shares a massive 12.3 million followers on Twitter, seemed upset with his fans and wrote: "Messed up fighting over yr hero's vit each other. Make this journey beautiful, dint sign up fr this ugly twitter war m not a part of it."

In a series of posts, the "Dabangg" star said that he joined social media just to "spread love", but is unhappy with his "die hard fans", who are using their fake accounts to write against his colleagues.

Salman wrote: "Continue it n I vil b off twitter. Came here to spread love, share sm thoughts hv fun vit fans not for them to insult my fraternity. Hut"

"I vil not b on this social network any more. Ek toh vaise bhi kum tweet Karta hoon, nahi karne pe majboor mat karo. (As it is I tweet less, don't force me to stop completely.)"

Salman resolved his long time rivalry with Shah Rukh last year and since then, the film industry's ruling trinity have presented a united front to the world.

He even took a stand for Shah Rukh and Aamir, and wrote: "Don't even need to tweet all this but wanted to so that u understand it's not cool fr u fans to fight vit each other.

In fact, SRK and Aamir had last month lent support to Salman's new film "Bajrangi Bhaijaan" by sharing its teaser with their own fans.

+ 7
5 years ago I am not even a Salman fan but he has ALWAYS maintained that he hates these fanwars. And the other two never encourage the negativity either. Every journalist who interviews them knows this!
Yes, for him to suddenly talk about it on twitter does make me wonder a bit since it's so out of the blue. But he's definitely not faking the disgust.